Madagascar.. 10 dead and tens of thousands displaced by Cyclone Patisray

Hurricane “Paatsirae” killed at least 10 people and displaced about 48,000 when it hit Madagascar At night, according to the Disaster Management Authority announced Sunday.

Its strength later declined, but it caused extensive damage to the poor island located in the Indian Ocean, which is still suffering from the repercussions of a tropical storm that struck at the beginning of the year and caused deaths.

Heavy rains and strong winds blew in the Manangari district (east) before the cyclone made landfall, uprooting trees and forcing residents to take down the weak iron roofs of their homes 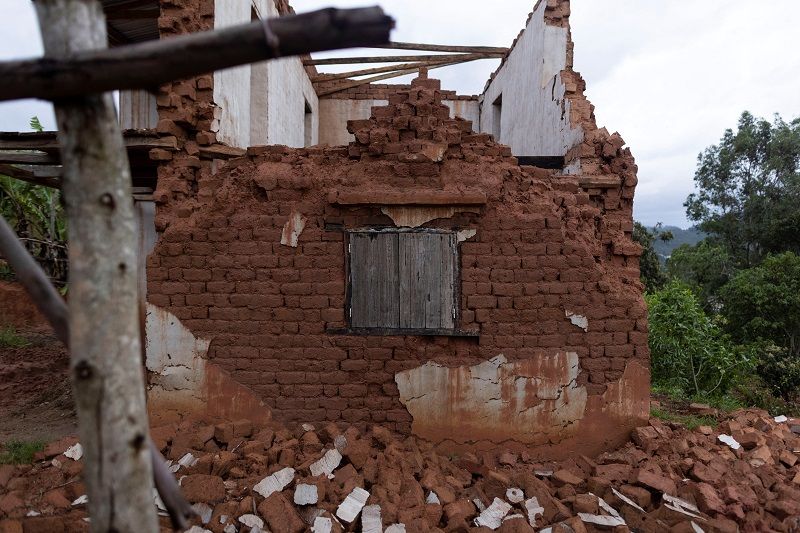 The Meteorological Authority said in Madagascar The rains will cause floods in various regions of the country.

Patsirai made landfall in Manangari on Saturday night as a “severe tropical cyclone” with winds of up to 165 kilometers per hour, said Vale Aritiana Fabian of the Disaster Management Authority.

His colleague in charge of risk management in the authority, Paolo Emilio Raholinarivo, explained that the number of dead and their locations, but without revealing additional details. 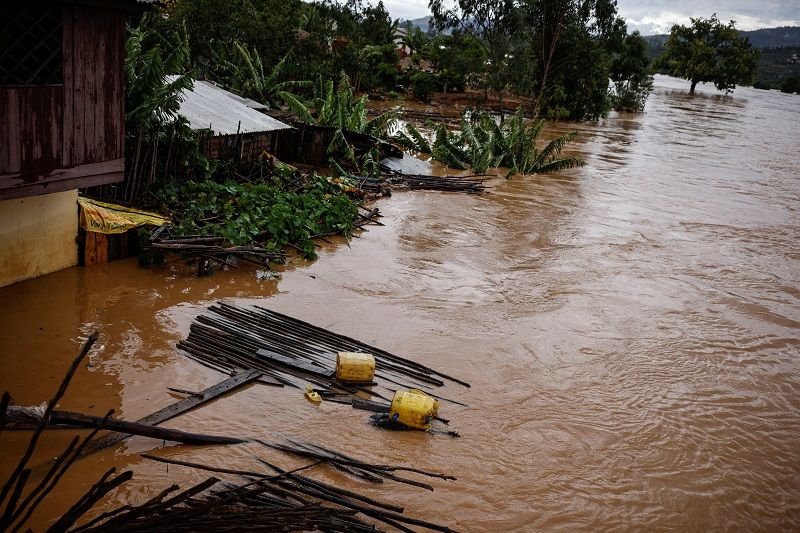 However, the National Meteorological Office, which warned of “significant and extensive damage”, reported Sunday that “the strength of Patissray has declined.”

The Madagascar Meteorological Center stated that the average wind speed of the cyclone was reduced by about half to 80 km per hour, while the wind intensity decreased to a maximum of 110 km per hour, compared to 235 km per hour recorded when the hurricane made landfall. In Manangari, the epicenter of the cyclone when it hit Madagascar, residents estimated that most of the town had been destroyed.

“Manangari is completely destroyed, wherever you go you see everything destroyed,” said one resident, Fabi. Another man, Fana, said he was certain that “approximately 95 percent of the city had been destroyed”.

In Antsirabe, 365 km northwest of Manangari, the storm uprooted trees in the town’s park.

The French Meteorological Service had previously expected that the cyclone would pose a “serious threat” to Madagascar after it passed through the islands of Mauritius and the French island of Renion was exposed to heavy rains. At least 131,000 people were affected by Cyclone Anna, which hit Madagascar in late January and killed 60 people, most of them in the capital, Antananarivo. FETO operation in 4 provinces based in Istanbul: 13 detentions

Facebook Twitter WhatsApp Telegram
Back to top button
Close
Featured Posts
Have we gone down to single digits in interest rates? We’re down, inflation will go down too
November 26, 2022

Have we gone down to single digits in interest rates? We’re down, inflation will go down too

‘It’s gone, you don’t need to be a prophet to see the future’

I called our lady and told her that she made our country proud.
July 30, 2022

I called our lady and told her that she made our country proud.

Turkey has ceased to be an attractive country for hot money investors
September 18, 2022

Huge participation from Turkey to the 2024 Paris Olympic Games
December 21, 2022

Huge participation from Turkey to the 2024 Paris Olympic Games

Algerians and Moroccans top the list of foreign prisoners in France
March 1, 2022

Algerians and Moroccans top the list of foreign prisoners in France

Backyard .. Do Sweden and Finland fear the fate of Ukraine?
February 26, 2022

Backyard .. Do Sweden and Finland fear the fate of Ukraine?