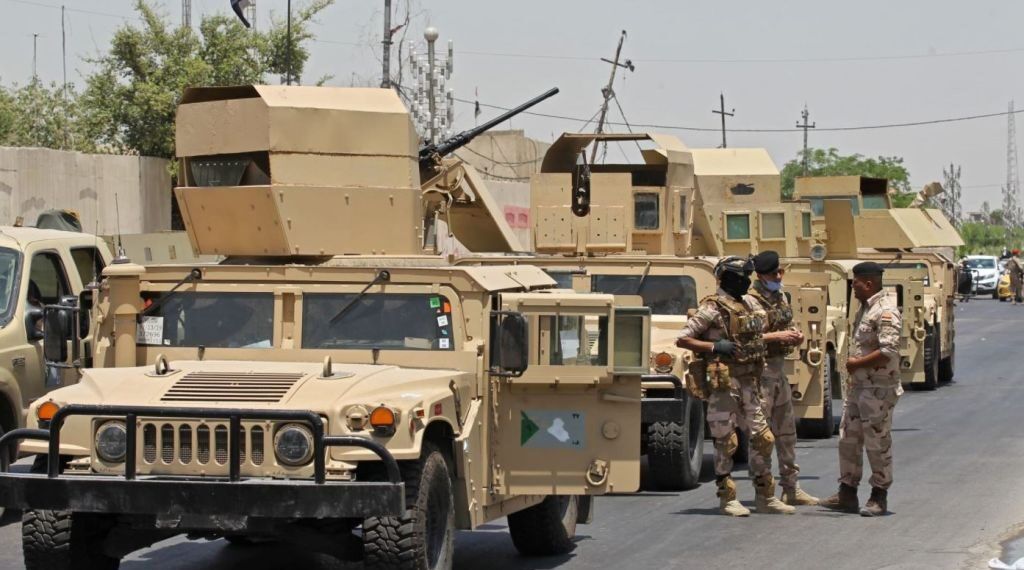 An Iraqi security source confirmed that three soldiers were killed and 3 others were wounded after their vehicles were targeted with an explosive device.

The source told “Akhbar Al-Aan” that an explosive device targeted an army vehicle Iraqi In Rawa district, west of Anbar, it led to the killing of three soldiers and the wounding of three others.”

He explained that the targeted soldiers were part of the third regiment, the seventh division of the Iraqi army.

He added that an Iraqi army force started a combing operation and searched for the source of the device in the neighboring areas.

Earlier, the spokesman for the Iraqi Counter-Terrorism Service, Sabah Al-Numan, revealed the role of the Iraqi security services in the killing of the leader of the terrorist organization ISIS terrorist Abdullah Qardash Abu Ibrahim al-Hashimi al-Qurashi, explaining the importance of the information obtained by the Iraqi authorities from the detained leaders, which led to the success of the operation.

In an exclusive interview with “Akhbar Alan”, Al-Numan said that the Counter-Terrorism Service has made an important stride in the intelligence effort, and penetrated the ranks of the terrorist organization, and therefore the information has become available to the Counter-Terrorism Service, and this information is used correctly, which is translated on the ground. to field operations.

Arab and international reactions to the killing of an ISIS leader continue ISIS terrorist Abdullah Qardash “Abu Ibrahim Al-Hashimi Al-Qurashi”, during a military operation of the International Coalition forces, in one of the Idlib villages in Syria.

Frightening fire in student dormitory in Izmir! 5 people were hospitalized

Facebook Twitter WhatsApp Telegram
Back to top button
Close
Featured Posts
The proposal of the IYI Party to provide free food to students was rejected by AKP and MHP votes.
November 4, 2022

The proposal of the IYI Party to provide free food to students was rejected by AKP and MHP votes.

Derya Tuna: ‘Men are not guilty of debauchery’

The dangers of climate change threaten half of the world’s population
February 28, 2022

‘His verbal and physical attitude is a violation of democracy’
June 19, 2022

‘His verbal and physical attitude is a violation of democracy’

Every death in prison is a murder

Actions and events were banned for 15 days

Frightening statement from the European Medicines Agency: ‘A new wave of Covid-19…’
July 7, 2022

Frightening statement from the European Medicines Agency: ‘A new wave of Covid-19…’