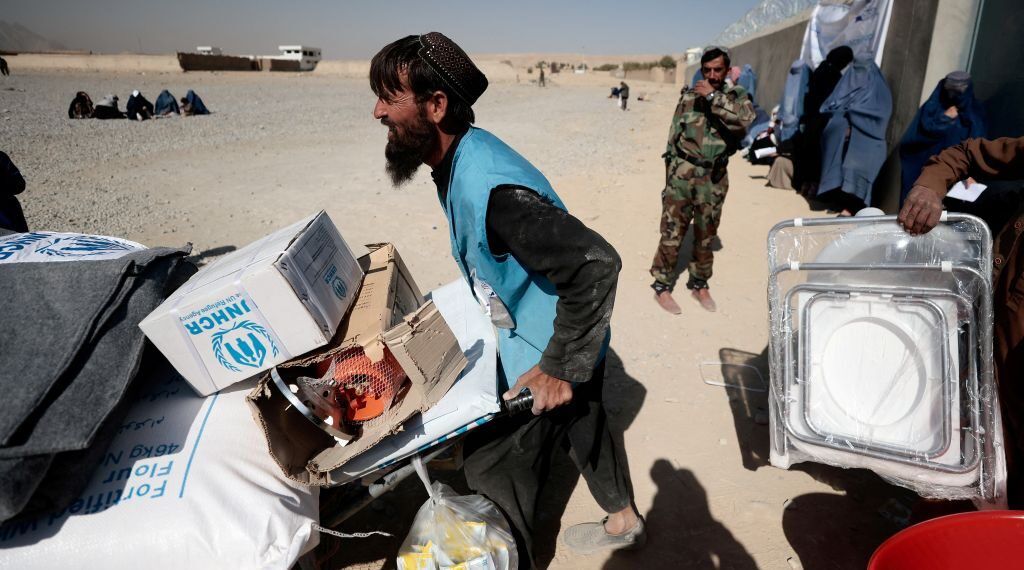 The Taliban delegation in Geneva .. and Switzerland clarifies its position on recognizing the group’s regime

The Swiss Foreign Ministry announced Tuesday that a Taliban delegation is visiting Geneva to hold talks with Swiss officials and NGOs on human rights and the delivery of humanitarian aid.

The Taliban delegation will hold talks with the Red Cross and other NGOs in the Swiss city, where many UN agencies are based.

A spokeswoman said Swiss Foreign Ministry “Members of the delegation will hold talks on delivering aid to people in need, protecting humanitarian workers and respecting human rights,” he told AFP.

She added that “the protection of children during conflict and the management of land contaminated with mines are also on the agenda of the conferences, which are held under confidential arrangements.”

The meeting does not mean recognition of the Taliban

The spokeswoman said that representatives of the Swiss Foreign Ministry will meet the delegation this week.

But she stressed that the group’s delegation to Switzerland “does not mean granting the Taliban legitimacy or recognition.”

Afghanistan has been experiencing a financial crisis that is worsening in light of the high rate of inflation and rampant unemployment since the Taliban seized power in mid-August, coinciding with the withdrawal of the United States of its forces after a 20-year war.

The suspension of aid after the Taliban seized power created a humanitarian crisis in Afghanistan, which was already suffering from the repercussions of decades of wars.

Pulp spilled on the road caused an accident: Motokurye lost his life

Approximately 7 million citizens have to work despite their advancing age.

Forest fire in Söke under control

She grew up with a foster family and became a foster mother.

Foreign Ministry’s reaction to Russia: We are concerned
September 21, 2022

Foreign Ministry’s reaction to Russia: We are concerned

The largest ship in the world is preparing to sail.. and this is the price and conditions of the trip
February 23, 2022

The largest ship in the world is preparing to sail.. and this is the price and conditions of the trip

President Erdogan congratulated the teams that were promoted to Spor Toto Super League
May 21, 2022

Explained the reason for the loss of votes in AKP: He explained with 4 articles
May 12, 2022

Explained the reason for the loss of votes in AKP: He explained with 4 articles

Retirees in Germany “go to Turkey to warm up” proposal – Last Minute World News
May 11, 2022