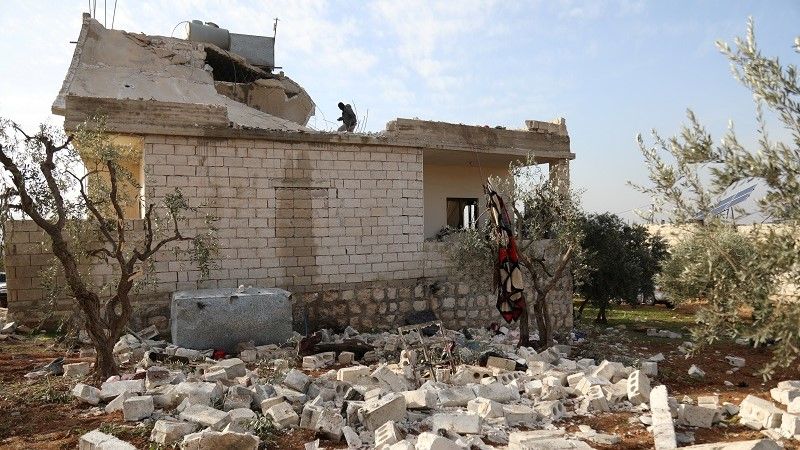 ISIS mourns its slain leader and chooses a replacement for him

The militants’ channels on the social networking site Telegram stated that the new caliph of ISIS will be officially announced at a later time, adding that no details of his identity or life were revealed.

The ISIS propaganda platforms have remained silent, so far, and did not confirm or deny the killing of the organization’s caliph, and contented themselves with publishing regular data on terrorist attacks carried out by the organization’s fighters, and ISIS has not officially announced the leader chosen for the organization’s emirate so far.

And a special American unit succeeded in assassinating the leader of ISIS Abu Ibrahim Al Hashimi Al QurashiDuring a military operation carried out in Atmeh, in the Syrian countryside of Idlib.

US President Joe Biden made it clear that “Al-Qurashi” refused to surrender to US forces, and chose to blow himself up after his siege.

Süleyman Soylu: Erdogan will clear the world of terrorists

Last Minute… New development regarding HDP’s closure case: The date has been determined

The price of the dollar today, Monday, February 14, 2022, against the Egyptian pound

Our people missed the power of the Welfare Party.

The operation was extended for another two months.
June 2, 2022

The operation was extended for another two months.

We strongly support Finland and Sweden’s NATO membership
May 18, 2022

Imad Eddin Adeeb: We have to advance our interests in the Ukraine crisis
March 1, 2022

Imad Eddin Adeeb: We have to advance our interests in the Ukraine crisis