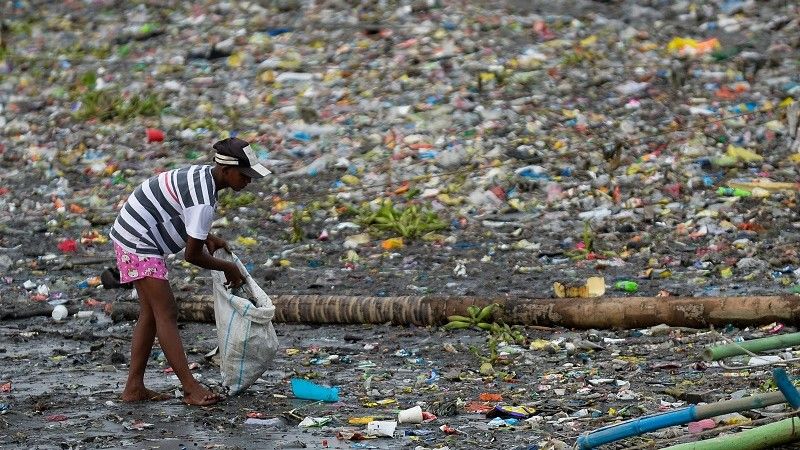 The World Bank announced in a report published Monday that air pollution is costing the region Middle east and North Africa about $141 billion annually, calling on countries in the region to make their economies “greener”.

The World Bank report indicated that the cost of air pollution, in addition to pollution of the seas and coasts, is “estimated at more than 3% of GDP” in some countries in the region, such as Egypt, Lebanon and Yemen, noting that “air pollution levels in major cities in the region are among the highest. In the world”.

“Productivity drops if residents are unable to work after they or their family members fall ill due to air pollution,” the report, titled “Clear Skies and Clear Seas,” states, “Health care costs can be a huge burden on individuals and governments.”

According to the report, a person residing in the area will spend at least 60 sick days during his life due to air pollution On average, urban dwellers breathe in more than 10 times the level of pollutants in the air considered safe by the World Health Organization.

The report considers that among the main causes of air pollutants are “low environmental standards” in the transport and industry sectors, “poor quality of fuel” used and “waste burning”.

The World Bank pointed out that “the Mediterranean is among the seas most polluted with plastic in the world,” noting that each person in the region throws an average of six kilograms of waste into the sea annually.

The report emphasized that marine pollution is linked to coastal erosion, which threatens housing and “livelihoods, especially among poor groups,” noting that the estimated direct cost of coastal erosion may reach 2.8 percent of GDP.

In some countries whose economy is based on tourism, such as Tunisia.

“As countries in the region recover from the Corona pandemic, there is an opportunity to change their course and choose a greener, bluer and more sustainable growth path in order to reduce emissions and reduce environmental degradation,” he added.

Description of Ferdi Kadıoğlu and Arda Güler from Napoli!

The title of YouTuber with the most subscribers changed hands

Facebook Twitter WhatsApp Telegram
Back to top button
Close
Featured Posts
Engin Altay from CHP, evaluating the two-day camp, blamed Erdoğan: Not the state, but the head of the holding.
September 25, 2022

Engin Altay from CHP, evaluating the two-day camp, blamed Erdoğan: Not the state, but the head of the holding.

11 thousand TL fine for 10 drivers who hindered the ambulance in the wedding convoy
July 31, 2022

Former ABB President Melih Gökçek is on A News!

Last minute: May 18 coronavirus data has been announced! Here is the latest situation in the number of Kovid-19 patients, cases and deaths
May 18, 2022

Last minute: May 18 coronavirus data has been announced! Here is the latest situation in the number of Kovid-19 patients, cases and deaths

Last Minute: Canan Kaftancıoğlu decision from the Supreme Court
May 12, 2022