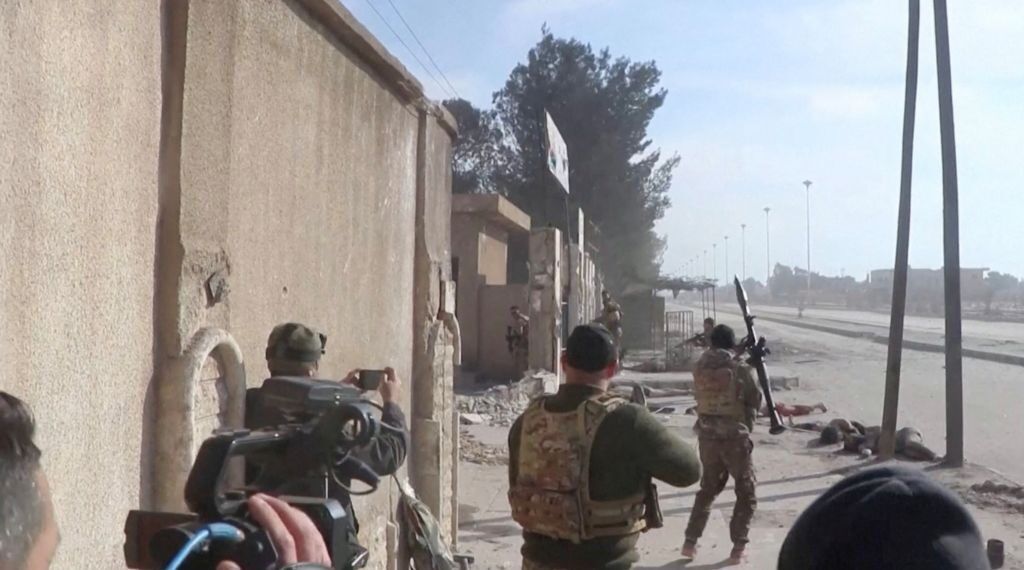 Nine ISIS terrorists were killed in Russian raids in Central Syria Thursday, hours after nine local fighters were killed by terrorists in the east of the country, according to the Syrian Observatory for Human Rights.

The observatory counted the killing of nine members of the organization in air raids carried out by Russian warplanes on desert areas within the governorates of Raqqa (east) and Hama (central).

He said, “The death toll is likely to rise, as there are more than 22 wounded, some of whom are in a critical condition.”

Russia, the most prominent supporter of Damascus, often launches raids on the organization’s spread areas in the vast Syrian desert between the governorates of Homs (central) and Deir ez-Zor (east) on the border with Iraq, to ​​which its fighters have retreated.

On another front in the east of the country, cells affiliated with the organization carried out two separate attacks targeting two military points in the areas controlled by the Kurdish Autonomous Administration.

The observatory reported that five members of the “Deir Ezzor Military Council” were killed in an ISIS attack in the eastern countryside of Deir Ezzor. The council includes local fighters, and operates under the umbrella of the Syrian Democratic Forces, which is made up of Kurdish and Arab factions.

The second attack hit a point belonging to the “Self-Defense Forces”, which includes local recruits, in the western countryside of Deir Ezzor, killing four of them.

Despite the announcement by the Syrian Democratic Forces and the international coalition led by Washington to eliminate the “caliphate state” declared by the organization in March 2019, its cells still carry out attacks from time to time targeting points of the Kurdish forces and their allies, and others of the Syrian regime forces.

Last month, the organization launched a coordinated attack on a Kurdish-run prison in the city of Al-Hasakah (east), in which fighters from outside the prison and other detainees participated in it, followed by clashes that lasted for days and left hundreds dead on both sides.

The leader of the organization, Abu Ibrahim Al-Hashimi Al-Qurashi, was killed along with members of his family during a complex operation carried out by the US special forces in northwest Syria last week.

The organization has not yet commented on his death or announced the appointment of a successor.

Muharrem İnce’s statement of alliance with the Victory Party

‘I couldn’t tell if it was real or dream’

Explosions heard in Ukraine: Kyiv and Kharkov were hit

Facebook Twitter WhatsApp Telegram
Back to top button
Close
Featured Posts
How much was the dollar and the euro? (Tuesday, May 17)
May 17, 2022

How much was the dollar and the euro? (Tuesday, May 17)

Deniz Zeyrek, ‘I heard from a powerful Minister’, explained: ‘Meral Akşener will be Prime Minister’
October 22, 2022

Deniz Zeyrek, ‘I heard from a powerful Minister’, explained: ‘Meral Akşener will be Prime Minister’

Reuters: New measures on the way in the economy

Britain ready to provide $525 million in financial aid to Ukraine

“Superwoman” gives her country Libya a “key” to solve the electricity crisis
February 14, 2022

Sweden will send a delegation to Turkey for NATO talks – Last Minute World News
May 15, 2022

They prevented their dead friends from wearing seat belts! 35 workers were removed
August 24, 2022

They prevented their dead friends from wearing seat belts! 35 workers were removed