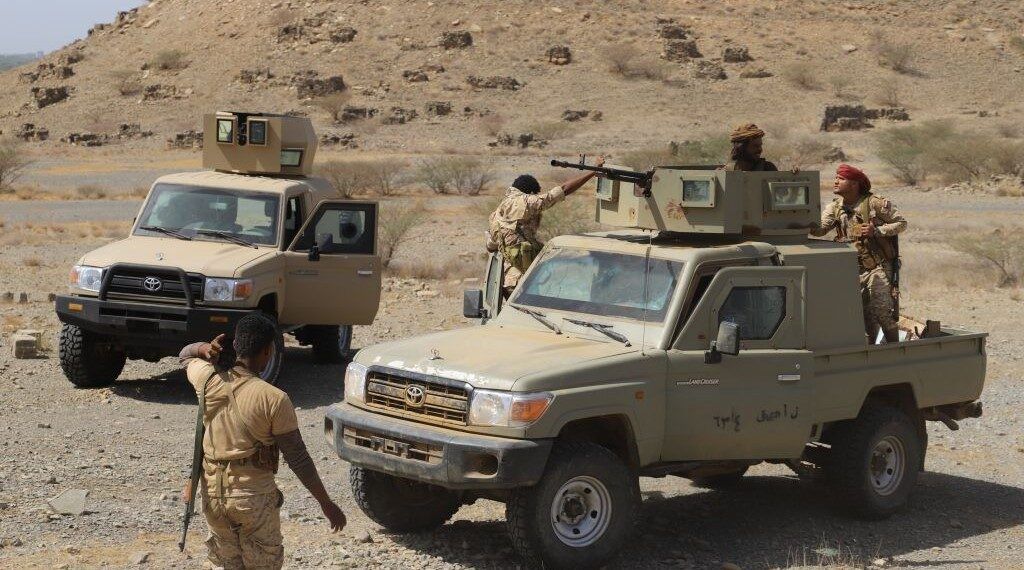 incurred Houthi militia In Yemen, dozens of dead and wounded among its ranks, by the army’s fire in the governorates of Ma’rib and Al-Jawf, and the Yemeni army website said that the army forces launched a violent attack on the positions of terrorist militias, on the northwestern fronts of the Ma’rib governorate, during which they managed to liberate important sites in Wadi Al-Jufra in the Majzar district, It caused human losses.
In the same context, the army’s artillery bombed Houthi militia positions in the Mala’a front, south of Ma’rib governorate, which led to deaths and injuries in its ranks and in Al-Jawf governorate.
The army forces also launched an attack on militia positions in Jabal al-Aqsha’, east of the city of al-Hazm, incurring heavy losses.

And these were not the only strikes that the Yemeni army delivered to the terrorist militia in Marib. Last month, a relative of the leader of the Houthi militia was killed in the southern front of the Marib governorate during confrontations with the Giants Brigades and the army in the Harib district.

Military sources confirmed at the time that a commander in the “Bani Qais” front in the vicinity of the Harib district center called “Taha Hussein Ali al-Houthi” was killed during the advance of the army.

According to the sources, dozens of Houthis were killed during the past hours on the Harib fronts, at the hands of government forces, the Southern Giants Brigades, and the raids of the coalition’s support fighters, as these forces are besieging Houthi groups in the center of the district.

Simone de Oliveira recalls moments of tension experienced in Angola: “We are going to die today because this is going to be attacked”

An important decision by the Saudi Crown Prince regarding Aramco shares

Cooperation with Turkey in the field of military intelligence

The young driver who hit the barrier on the TEM Highway died horribly.
May 12, 2022

The young driver who hit the barrier on the TEM Highway died horribly.

He drank bleach when he was found guilty
November 25, 2022

He drank bleach when he was found guilty

Rangnick not satisfied with refereeing after Manchester United draw
February 9, 2022

Rangnick not satisfied with refereeing after Manchester United draw

Iran’s nuclear is at a critical stage… and a strong warning from the Republicans in America
February 20, 2022

Intervention on the photograph of Atatürk on the Turkish sailboat in Lesvos
June 8, 2022

‘Will he return with the ship his grandfather escaped from?’

14 former commanders have been in prison for more than nine months as part of the February 28 trial
May 29, 2022

The White House: We have finished preparing the sanctions to be imposed on Russia
February 23, 2022

The White House: We have finished preparing the sanctions to be imposed on Russia