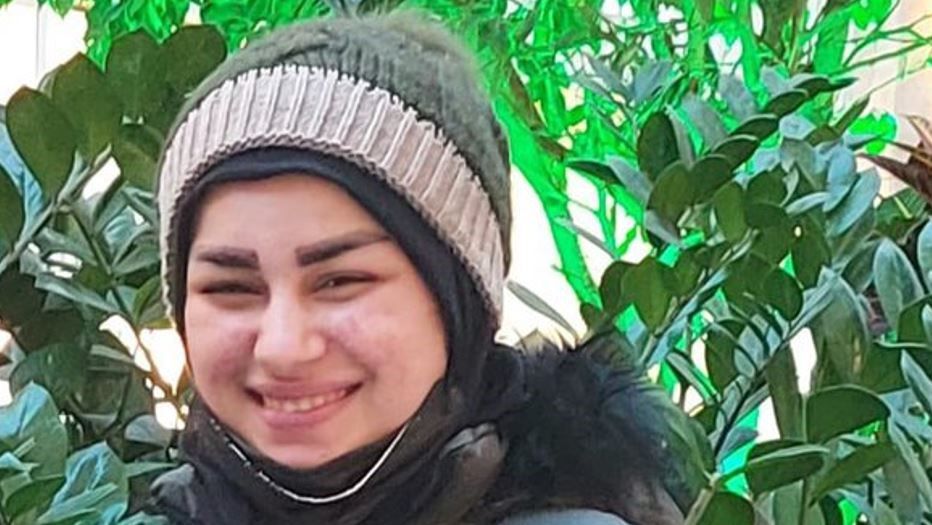 Shock in Iran because a man beheaded his teenage wife

A horrific crime in which a husband cut off the head of his not yet adolescence wife and carried him on the street in front of pedestrians in southwestern Iran has sparked shock and outrage among residents during the past two days.

and eliminated Mona Haidary 17 years old, on Sunday, in a murder committed by her husband and his brother in the city of Ahvas, the center of Khuzestan province in the southwest of the country, according to the ISNA news agency.

The agency indicated that the husband carried the severed head of his wife and walked with it in the street.

A video tape circulated on the communication sites showed the husband walking with a broad smile on his face, holding a severed head in his left hand, and a knife in the right.

The official “IRNA” news agency said Monday that the police arrested the husband and his brother “during a raid on their hideout.”

The media did not explain the motive for the crime, but put it in the context of “honour killings”.

The horrific crime sparked a widespread shock that was reflected in the local press and among users of communication sites, especially after the spread of the husband’s video, in which he appeared to be proud of what he had done.

On Tuesday, the reformist newspaper “Sazandeki” published a large cartoon of the victim on its front page with the headline “Love is blind”.

The newspaper wrote, “A human being was beheaded, his head was carried in the streets and the killer looked proud (of what he had done). How can we accept a tragedy like this? We must act so that the killing of women is not repeated.”

For her part, filmmaker Yahmaneh Melani, known for her feminist activism, said in a comment on her Instagram account that “Mona is a victim of devastating ignorance, we are all responsible for this crime.”

In the wake of the crime, many Iranians called on the authorities to reform the law protecting women from domestic violence, and to raise the minimum legal age for marriage for girls, which is currently set at 13 years.

According to local media, Haidari was only 12 years old when she got married, and they have a three-year-old child.

450 women are killed every year in Iran

Hardly a week goes by in Iran without honor killings against women and girls making headlines. There are at least 8 honor killings in Iran every day, and an average of 450 women are killed each year.

Violence against women is one of the most prominent forms of human rights violations in the world, but this has not been criminalized even in Iran. This is in addition to the weakness and leniency of laws in punishing murderers. There is even a mitigation of the provisions of this type of crime, which allows and facilitates these murders.

The reformist newspaper, Shargh, quoted lawyer Ali Mojtabazadeh as saying that “the legal shortcomings (in the field) of protecting women, granting them more independence and setting a reasonable age for marriage, give way to honor killings.”
For her part, Iranian parliamentarian Ilham Nadav considered that such crimes are committed because “there is no tangible step taken to prevent violence against women,” according to what was quoted by the “ILNA” news agency.

The Vice President of the Islamic Republic for Women’s Affairs, Ansieh Khazali, called on the parliament, via Twitter, to “take urgent measures to fill some legal deficiencies,” saying that “the authorities should work in parallel in order to raise the level of awareness among the population.”

On the sidelines of this case, the Iranian authorities took a decision to shut down the “Rukna” news site after it published the tape circulating of the man after killing his wife.

IRNA quoted Iman Shamsai, who is in charge of local media at the Ministry of Culture and Islamic Guidance, as saying that the site was closed “because it caused psychological distress to members of society by publishing painful pictures of a murdered woman.”

Blankets were distributed instead of burning the heaters.

Jeep out of control rolled over: 3 injured

VAR statement from Fenerbahçe after Galatasaray

The procession of the “Pharaohs” .. Where to go after the loss of the final of the African Nations?
February 9, 2022

The procession of the “Pharaohs” .. Where to go after the loss of the final of the African Nations?

While the debate on violence against women continued, AKP’s ‘discriminatory’ approach drew reaction

Summer decree from the Council of Judges and Prosecutors
June 19, 2022

Summer decree from the Council of Judges and Prosecutors

Why was the minimum wage increased?

‘One of the economic terror apparatuses of this era’

Kurt Zouma to appear in court

Ukrainian President: We have confronted the enemy… and whoever wants to help, we will arm him
February 26, 2022

Ukrainian President: We have confronted the enemy… and whoever wants to help, we will arm him

He was going to check his broken truck, he lost his life

Soma families told their problems to CHP’s Aylin Nazlıaka: ‘They are buying pain’