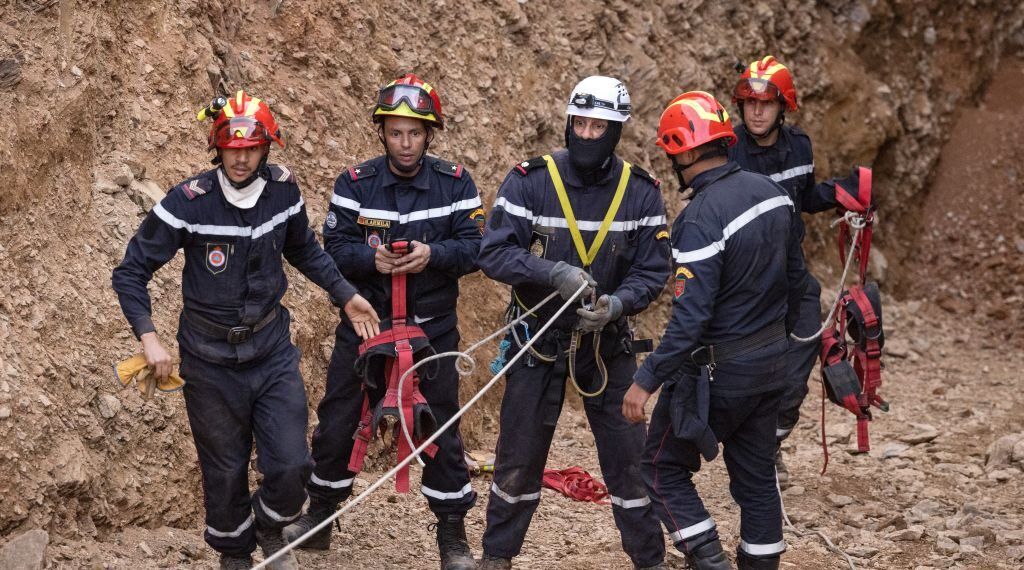 Attempts to save the Moroccan child Rayan continue

In an exclusive statement to “Akhbar Alan”, the father of the Moroccan child said: RayanEfforts and rescue operations are continuing for the fourth day in a row, in order to get his son out, who fell into a deep well in a village near the city of Chefchaouen, located in northern Morocco.

The father of the child, Ryan, told “Akhbar Alan”: We spoke to him through audio techniques, but he is breathing hard

For his part, journalist writer Mohamed Adel Tato, a Moroccan journalist, who is at the scene of the accident, said that the operation to save the child RayanIt is considered one of the most complex and largest operations in the world, indicating that efforts are continuing to save him alive as soon as possible.

Tato added, in his interview with “Akhbar Alan”, that the intense media coverage contributed to the intensification of efforts to rescue Rayan, explaining at the same time that rumors circulating in some media do not benefit the rescue operation, but rather put pressure on the rescuers.

Rabia Al-Qaisi, head of the National Organization for Voluntary Work Without Borders, said that she was keen to provide psychological support to Rayan’s family, who are at the scene of the accident, waiting for him to be released safely.

Rescue teams were two meters away from Rayan, a 5-year-old child, who had fallen into a well near his home in the Tamrout Center, near Chefchaouen, last Tuesday.

A source, who occupies a high-ranking mission in the Chefchaouen prefecture, stressed that the rescue teams for the child Rayan were able to dig 3 meters manually until 4:00 am local time, and only two meters remained to reach the child.

Digging continues horizontally to reach the child, but rescue workers cannot determine a specific time to remove Ryan from the well.

Benzema may not be able to play against Paris Saint-Germain in the Champions League
February 9, 2022

The Central Bank updated the required reserve ratios and conditions for loans
August 21, 2022

‘Sunday’ action by women’s hairdressers in Maltepe: ‘The decision should be implemented on weekdays’
December 20, 2022

‘Sunday’ action by women’s hairdressers in Maltepe: ‘The decision should be implemented on weekdays’

‘This shouldn’t be where we are 100 years later’

We will follow whatever the Table of Six says.
December 6, 2022

We will follow whatever the Table of Six says.

Punishment without crime.. Dostoevsky, a victim of the Russian-Ukrainian war
March 2, 2022

Punishment without crime.. Dostoevsky, a victim of the Russian-Ukrainian war

Fire at Anzac Cove in Çanakkale; the flames also spread to the forest
July 17, 2022

Fire at Anzac Cove in Çanakkale; the flames also spread to the forest