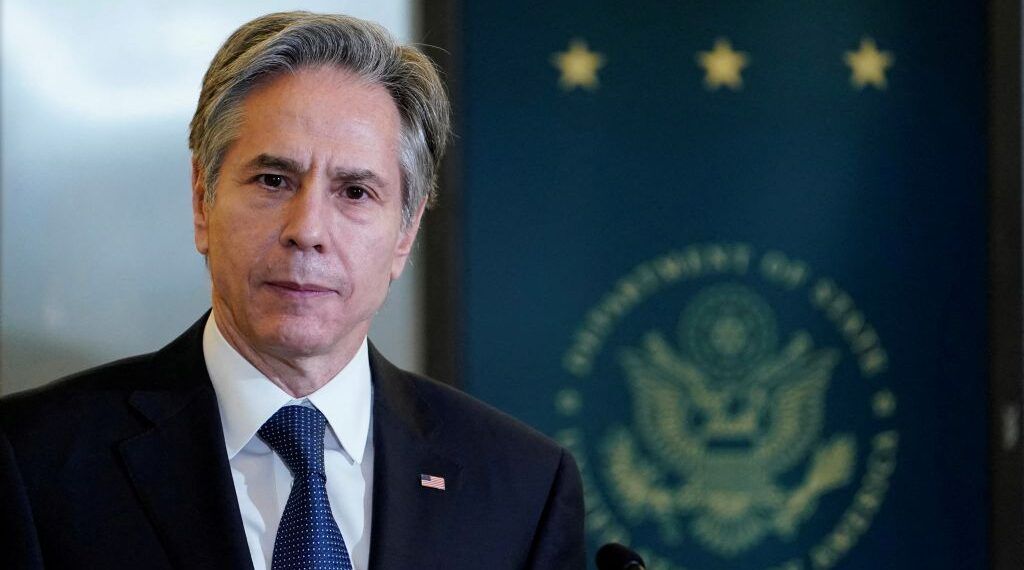 Blinken arrives in Australia for talks on Ukraine crisis

US Secretary of State Anthony has arrived Blinken to Australia on Wednesday for talks with allies in the Asia-Pacific region concerned about China’s rising influence, and to underscore a commitment United State in a

The region, despite Washington’s recent focus on Ukraine.

Blinken will take part in two-day talks with the Quad Alliance, which aims to strengthen the partnership with India, Australia and Japan in the face of China’s rising economic and military power.

The US Secretary admitted that the possibility of Russia invading Ukraine is a “core” of the US government’s concerns, even as he headed to Melbourne to attend the fourth meeting of foreign ministers of the Quad Quartet.

However, he stressed that the “importance” Washington attaches to the Asia-Pacific region in facing China’s challenge, despite the great developments in recent years in crises in the Middle East and now Eastern Europe.

“The world is a big place. Our interests are international and all of you are well aware of the focus that we place on the Asia-Pacific region and the Indo-Pacific region,” he said.

“We are constantly focused on the matter, so we are heading to Australia,” he added.

The United States has sought to expand the Quad Alliance from a maritime security partnership into other areas, such as the fight against the COVID-19 pandemic.

NATO sends strong messages to Russia .. We will not abandon our allies

Hearing the claim that the fish pool exploded in Antalya, he ran to the beach

Facebook Twitter WhatsApp Telegram
Back to top button
Close
Featured Posts
An effort that will end in disaster
June 9, 2022

An effort that will end in disaster

With a Ukrainian confession, the Russian army in Kharkiv
February 27, 2022

With a Ukrainian confession, the Russian army in Kharkiv

The Champions League final is in “risk” due to the Ukraine crisis and Johnson proposes
February 22, 2022

Ukrainian official: Russian forces entered Kherson in the south of the country
March 1, 2022

Ukrainian official: Russian forces entered Kherson in the south of the country

Number of People’s Bread Buffets in Ankara increased to 422

Details of CHP’s ‘Voice of the Nation’ rally tomorrow have been announced
May 20, 2022

Erdogan had a phone conversation with French President Macron
July 16, 2022

Erdogan had a phone conversation with French President Macron

Re-license from the Netherlands to Turkish Stream
October 20, 2022

Re-license from the Netherlands to Turkish Stream

Washington: A nuclear agreement will be reached within days if Iran shows “seriousness”
February 18, 2022

Washington: A nuclear agreement will be reached within days if Iran shows “seriousness”