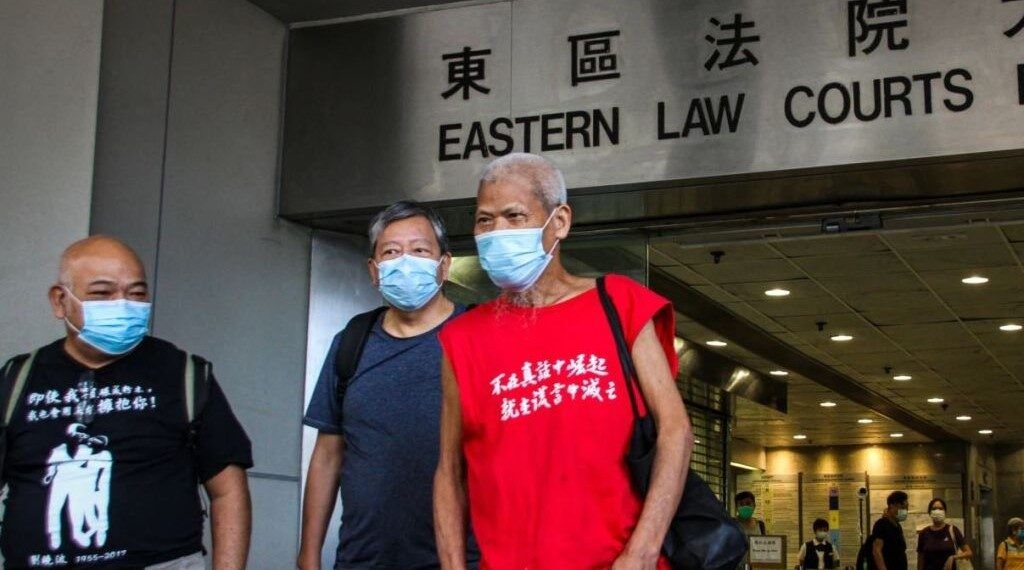 Local media reported that Koo planned a protest outside the China Liaison Office – the office representing the Chinese government in Hong Kong – coinciding with the opening of the Olympics ceremony.

But in a raid, the Hong Kong police arrested Koo at his residence.

The 75-year-old, who has stage 4 cancer, sent out a media invitation ahead of the planned protest on Friday

He criticized China for holding the event while there were “unfair” prison cases in Hong Kong.

Koe also said that the authorities misused the security law as part of their campaign to oppose government policies.

Ted Hoy, a former Hong Kong pro-democracy MP who is now living in exile in Australia, has condemned the arrest.

“It is very sad to end up in prison forever under the strict law,” he told VOA.

“Even for an old man with cancer, the Chinese Communist Party system in Hong Kong is ruthless.

Koo is a well-known and respected figure who taught Hong Kong residents what courage they were in the early days.”

Hong Kong police issued a statement confirming the arrest and added that two men and two women were brought in as part of the investigation.

“After an in-depth investigation, the National Security Administration of Hong Kong police forces arrested in China (NSD) A 75-year-old man was arrested in Sham Shui Po today (February 4) on suspicion of instigating vandalism.

Violation of Article 22 and Article 23 of Hong Kong National Security Law, The detainee is in custody for further investigations.

Two men and two women, aged 59 and 76, were also returned to the police station for investigation.

According to local media InMediaHK and HK01. Ko, who has been imprisoned 11 times for his activism, has often carried a mock coffin to demonstrations aimed at photographing a Hong Kong grave.

The activist’s previous sentence was four months in prison in January 2021 for desecrating the Chinese national flag in 2019.

But Friday’s arrest means it is the first time the activist has been charged under the National Security Act.

It remains unclear whether Koe’s protest was the reason for instigating the sabotage charges. Koo in recent years has often been seen in association with the Hong Kong pro-democracy group

Party members include activists Avery Ng and Leung Kwok Hang, both of whom are serving prison terms after participating in the city’s highly publicized anti-government demonstrations in recent years.

Since Beijing imposed the National Security Law for Hong Kong in June 2020, the legislation has been enforced by the authorities to crack down on dissidents in the city.

Penalties rained down on ‘candidate driver’ who cut in Sarıyer

The United Nations issues its semi-annual report on militant groups

Violence from doctor to patient in Tokat

‘The new tariff prepared by the Union of Turkish Bar Associations should be implemented immediately’
June 30, 2022

Naci Görür: Citizens can file a lawsuit for compensation
May 30, 2022

Naci Görür: Citizens can file a lawsuit for compensation

Nureddin Nebati will ask the business world for support to fight inflation
May 11, 2022