Closure of institutions and lay off workers..Tunisia pays tax for the Chinese invasion of its markets

Businessmen and owners of industrial and commercial establishments continue to Tunisia Raising the voice against the Chinese invasion of their markets, and against the blockade imposed by that invasion on their products, as with the Tunisian markets being flooded with cheap and smuggled Chinese goods, it becomes difficult or even impossible to market and sell Tunisian products, which led to the closure of many institutions and the layoff of a large number of workers and the situation Tunisian families are facing a difficult living challenge due to the urgent Chinese imbalance in the Tunisian economic wheel.

What are the owners of these institutions demanding? How can the Tunisian state put an end to all these factors affecting its economy? 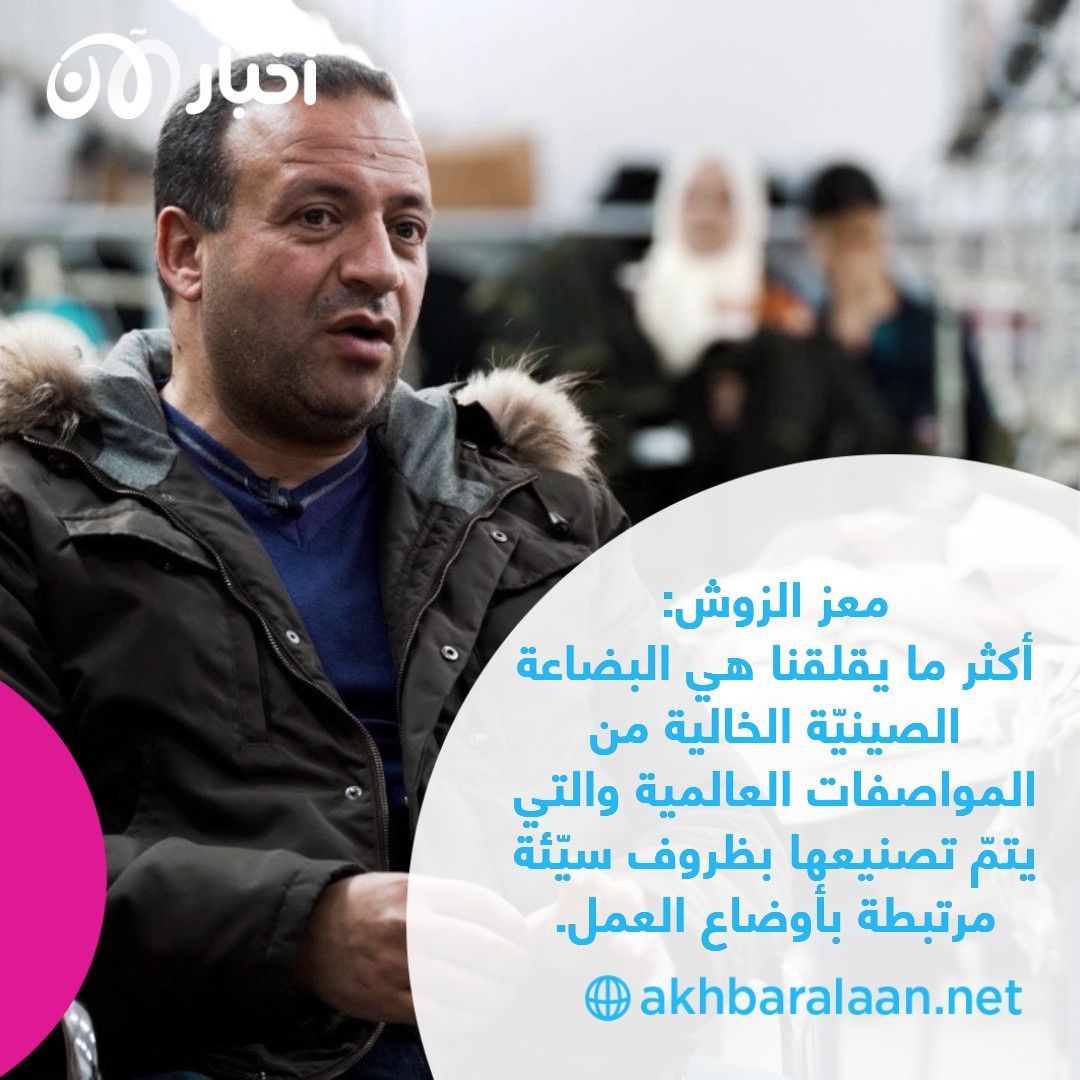 The case of Moez Al-Zoush, the owner of a ready-made clothing company, is the case of a large segment of industrial and commercial institutions in Tunisia. He explained to Akhbar Al-Aan the nature of the concerns that worry those concerned in the various sectors, “What worries us most is the Chinese goods that do not meet international standards and are manufactured under bad conditions related to the current conditions.” Working and using materials that do not conform to specifications in the manufacturing process. These goods are what worries us the most, knowing that the goods that enter through smuggling are what harms the Tunisian market the most and what harms the citizen and factories as well, as this competition is unfair.”

China’s exploitation of the Uyghurs

It is no longer a secret to the world that China exploits the Uyghurs by imposing long hours of semi-free work on them without regard to their minimum human rights, in order to achieve the largest possible amount of profits through the cheap production of goods.

Al-Zosh had an opinion on this, when he said: “It is considered China Today, the world’s factory, but not all of its factories operate in legitimate ways and conform to specifications. There are some fragile and poor groups in society who accept all circumstances in exchange for work, and some businessmen take advantage of this to employ this marginalized group at the cheapest prices without giving them the most basic of their rights, which leads to To produce cheap goods. This harms the poor and marginalized groups and minorities, such as the Uyghur minorities in China, for example. We know about the persecution they are subjected to as Muslims. They are an undesirable group in China. It is possible that some businessmen find in this an opportunity to exploit them obscenely by imposing continuous work on them that exceeds hours Legal, in order to enter into an unfair competition, which is a competition based on falsehood.

He added, “The businessman must be human, for if people are absent from humanity, they are no longer human beings, and these workers who work for us are human beings like us, and work in the factory is not based on the businessman only. The factory will advance. As a businessman, I treat employees well and try to provide them with all their rights, as I try to provide them with good working conditions, and this is all the price of success.”

Al-Zosh considered that it is everyone’s duty to raise awareness about the Uyghur issue and talk about it in the media, “and our duty as Muslims is also to feel jealousy towards all Muslims in all parts of the world. Their working conditions must be good and they should not be exploited, basically they are marginalized and poor and it is not permissible to That we come and add to their problems is unreasonable.”

He explained that China “adopts crooked and unfair ways of competition, and through this unfair competition, it has managed to become the largest market in the world, by exploiting the vulnerable class, minorities and poor people.”

Required at the Tunisian level

Chinese goods negatively affect the various Tunisian sectors. Al-Zoush asked, “If Chinese products invade our markets, what do we sell? We cannot compete with an institution that produces one million pieces while I produce 500 pieces, for example, there is no comparison. The state should It puts in place an arsenal of laws to protect the Tunisian factory so that we can reach a good result and improve the country’s economic conditions.” 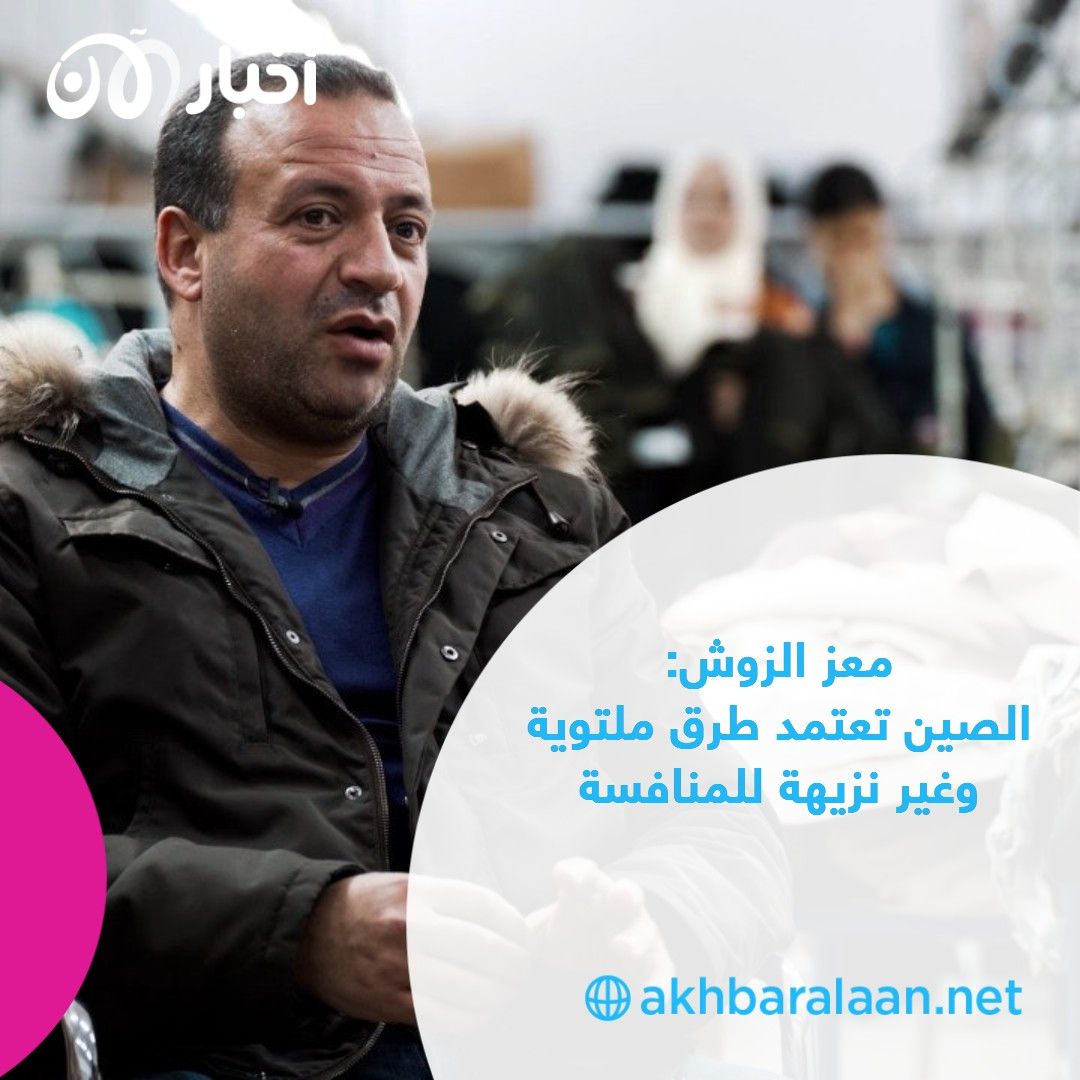 He added, “Today, I am damaged as an institution, as I can no longer sell the goods that I produce at a time when Tunisian stores offer Turkish and Chinese goods, knowing that these goods enter by twisted and illegal methods and through smuggling. Faced with all these factors, we can no longer sell our goods despite That our goods are of high quality and manufactured with international specifications, so that international brands are manufactured in Tunisia, and therefore it is not permissible for us to not be able to sell our goods in Tunisia, this means that the state must act.”

Al-Zosh suggested to the state some solutions that could get Tunisia out of this crisis, most notably “establishing an arsenal of laws regulating the import sector and following up the trade cycle, provided that the state controls the smuggling routes, then Tunisian goods will be in demand and it will be possible to promote them in the Tunisian market and even in the foreign market.”

Finally, he called on the Chinese government and other governments to “regulate the labor sectors, monitor factories, strive to grant rights to workers, and obligate institutions to provide good conditions for work.” He also advised the workers to “struggle to obtain their rights and entitlements, and I believe that concerted efforts would achieve positive results.”

Interaction will restart at some point

Germany targeted Russia: It jeopardizes the safety of ships

Minister Vedat Bilgin examined the mine where the explosion took place.

Dramatic prophecy .. Will the series “Ukrainian President” turn into reality?

Neighbors’ ‘park’ fight: It has turned into a battlefield

There is traffic density in Istanbul

Death of Queen Elizabeth II in the British press: ‘A life devoted to service’
September 9, 2022

Death of Queen Elizabeth II in the British press: ‘A life devoted to service’

Video captures a helicopter crash on a crowded beach in America
February 20, 2022

Video captures a helicopter crash on a crowded beach in America