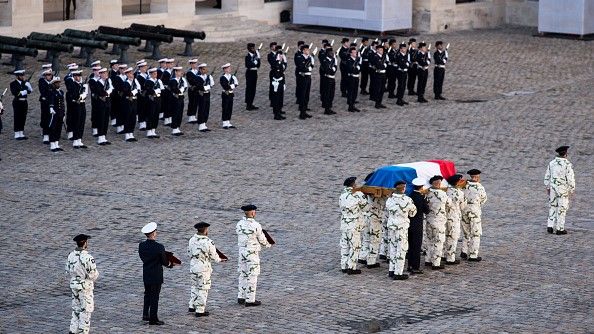 The National Anti-Terrorism Prosecution Office in Paris announced Thursday that a 50-year-old Frenchman was killed in a “terrorist attack” in northern France Boyspointing to the opening of an investigation into an “assassination linked to a terrorist organisation.”

The prosecution stated that the attack “occurred in the “Park W” area in northern Benin.” And entrusted the General Department of Internal Security to carry out the necessary investigations.

The organization “African Parks” for the protection of the environment announced Wednesday that five forest rangers and a soldier were killed and ten others were injured in an ambush on Tuesday in this nature reserve located at the intersection of the borders between Benin, Burkina Faso and Niger, which is supervised by the three countries.

“Yesterday, a team of forest rangers was ambushed in Park W in Benin, the inconclusive toll reached six dead, five forest rangers and a soldier in the Armed Forces of Benin, and ten others were injured,” the organization said in a statement.

The army reinforces its deployment in northern Benin

It added that military reinforcements and more forest guards were deployed in the aforementioned area.

The countries south of the Sahel region recently witnessed a series of border attacks, which confirmed fears of the possibility of terrorists advancing towards the coastal areas.

The Benin Army strengthened its presence in the north of the country after two terrorist attacks were officially recognized at the end of last year.

Two Benin soldiers were killed last month when their vehicle was attacked with a homemade bomb in the northern Atakora region.

Arrest of 325 drug suspects in Izmir

27 thousand contracted health personnel will be employed in 2023

Children are entrusted to reactionaries

Alleged “Biden’s top advisers are in Saudi Arabia for oil talks”
May 25, 2022

A counter-memory construction from poetry!
May 13, 2022

A counter-memory construction from poetry!

ISIS delayed announcing the successor of “Al-Qurashi”… What is the secret?
February 18, 2022

ISIS delayed announcing the successor of “Al-Qurashi”… What is the secret?

What are the benefits of green tea? How to brew green tea?

Reaction from ADD and Eğitim-İş to the ‘memory’ meeting in Eskişehir and the ‘icazet ceremony’ in Isparta
June 15, 2022

ISIS is moving from Libya… a new starting point that “terrifies” the world
February 12, 2022

We are working to address Turkey’s legitimate concerns
June 23, 2022

We are working to address Turkey’s legitimate concerns