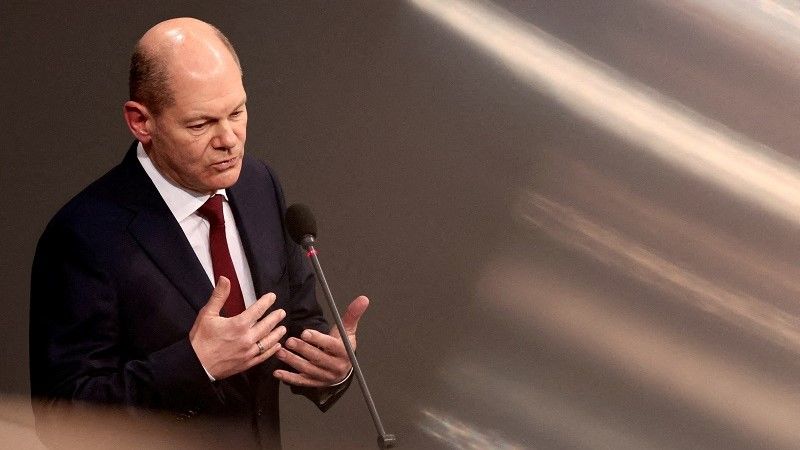 German Chancellor Olaf Scholz announced Sunday that his country is ready to send additional troops to the country Balticsbefore an important visit to Washington, where he will seek to enhance his influence in the Ukraine crisis.

“We are ready to do whatever is necessary to strengthen” Germany’s presence in NATO operations in the Baltic states, Schultz said in an interview with the German ARD network.

Germany leads the NATO operation in Lithuania, where it has about 500 military personnel.

In response to a question about the possibility of agreeing on reinforcements at the meeting of defense ministers of NATO member states in mid-February, Schulich said, “We are ready to make a decision.”

In turn, Defense Minister Christine Lambrecht said earlier in an interview with the “Funk” media group that Germany is ready to strengthen its presence in Lithuania.

“In principle, the troops are available for reinforcements, and we are now in talks with Lithuania to determine what would be useful,” Lambrecht said.

The pledge comes amid growing concerns that Russia is preparing for an invasion UkraineThe West accuses President Vladimir Putin of mobilizing more than 100,000 soldiers on the border of the neighboring country.

Russia, for its part, denies it is planning an invasion, but is demanding broad security guarantees from the West, including not allowing Ukraine to join NATO.

Under increasing criticism over Germany’s seemingly contradictory stance during the crisis, Olaf Scholz is traveling to Washington for his first meeting since taking office with US President Joe Biden on Monday.

He also meets Baltic leaders in Berlin this week and travels to Ukraine and Russia later this month.

“For many years, the German government has had a clear orientation that we do not supply (weapons) to crisis areas, and that we also do not provide lethal weapons to Ukraine,” he said.

He added that the issue in the current crisis is “to prevent the outbreak of war in Europe, and this is what I owe to the citizens of our country.”

He also reiterated that Germany is ready to freeze the controversial Nord Stream 2 gas pipeline linking Russia and Germany if Moscow invades Ukraine.

And he added, “We have studied all the procedures and nothing is ruled out.”

When asked whether Washington considers Germany the “weakest link” in NATO, Schulz replied, “This is a wrong impression and does not prevail in Washington.”

António Costa thanks Pedro Nuno Santos for his work and camaraderie

Ukrainian journalist: Putin is very racist and his hatred of Ukrainians is evident in his statements

What is Hanukkah? When and by whom is Hanukkah celebrated?
December 19, 2022

The owner of the bullet that killed the 12-year-old boy in Mardin was arrested
July 30, 2022

Retirees in Germany “go to Turkey to warm up” proposal – Last Minute World News
May 11, 2022

Horrible accident in Ataşehir: The barrier stuck in the car like an arrow!
May 17, 2022

Horrible accident in Ataşehir: The barrier stuck in the car like an arrow!

Hunters entering villages with their guns in Tunceli draw reaction

‘Freedom of expression is guaranteed as never before’
June 1, 2022

‘Freedom of expression is guaranteed as never before’