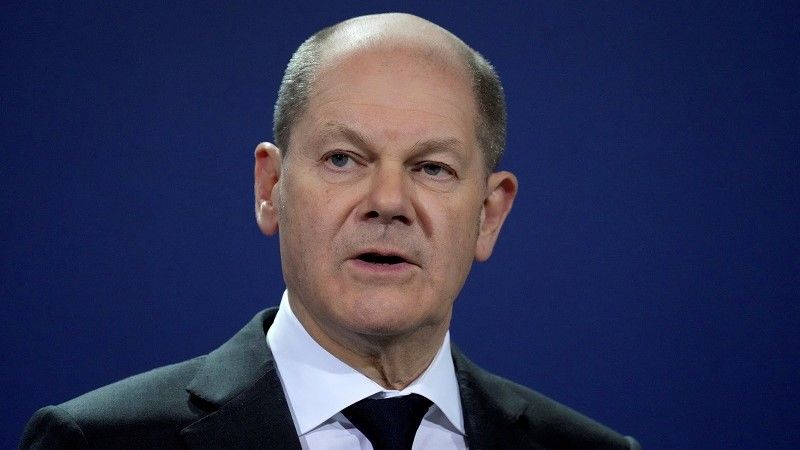 Germany: Nord Stream 2 pipeline will not be operational if Russia invades Ukraine

German Chancellor Olaf Scholz assured a number of US senators that the pipeline Nord Stream 2 Controversial won’t run if Russia invades Ukraineaccording to what was announced Tuesday by the leader of the Republican minority in the commission.

Senate Minority Leader Mitch McConnell said in a statement to reporters that he and his colleagues received reassurances at a dinner with Schulz during his first visit to the United States since taking over the chancellery, succeeding Angela Merkel.

“The good news is that he confirmed what President (Joe) Biden said yesterday that Nord Stream 2 would not be turned on in the event of an invasion,” McConnell said.

Schulz was less clear on Monday about the maximum possible punishment for Russia if Russian President Vladimir Putin orders the more than 100,000 troops amassed by Moscow on the border with Ukraine to launch an attack against the former Soviet republic.

In a joint press conference with Biden, Schulz was content with asserting that Berlin and Washington “are in complete agreement” on the sanctions that should be imposed on Russia if it invades Ukraine.

“We will take the same steps and they will be very, very harsh on Russia,” the adviser said.

When asked directly about Nord Stream 2 during the joint press conference, Schulz repeatedly avoided mentioning the project by name and publicly avoided expressing his support for not operating the line if Russia invaded its neighbour.

However, Biden vowed on Monday to “put an end” to the Nord Stream 2 pipeline, which was built to bring Russian gas to Europe via Germany, if Russia invaded Ukraine.

Energy cooperation between Russia and Germany is embodied in the controversial Nord Stream 2 pipeline, which connects the two countries via the Baltic Sea, and is supposed to double the cheap natural gas supplies from Russia to Germany.

But this project has been casting a shadow for years on relations between Washington and Berlin, and the matter has worsened after the recent crisis between Ukraine and Russia.

You secretly drink Marlboro from the chief…

‘fog’ barrier to flights in Diyarbakir

Okan Buruk has made his decision for Yusuf Demir!

The forest fire in Hatay was extinguished

‘pregnant yoga’ advice from an expert

Detail of ‘coffee break’ at the critical NATO Summit

Most of the building stock in Turkey gives a ‘distress signal’
July 4, 2022

Most of the building stock in Turkey gives a ‘distress signal’

Mine worker Taner Şen was buried in Amasra
November 5, 2022

Mine worker Taner Şen was buried in Amasra

İbrahim Kalın met with US National Security Advisor Sullivan
May 30, 2022

Reaction to Erdoğan targeting Tunç Soyer from CHP: Tunç Soyer is not alone

260 detentions in narcotics operations in the capital
August 22, 2022

260 detentions in narcotics operations in the capital