In addition to the importance of its strategic location, Ukraine is a global food basket

Besides being a neighboring country to Russia, and taking into account Russian justifications regarding the issue of national security, the importance of Ukraine It transcends only its strategic location, and extends to a prolific and tempting economic aspect to control, which the major powers today are striving to ensure.

Ukraine is the second largest country in Europe after Russia and is a major producer and exporter of agricultural crops, with a large area of ​​fertile land devoted to the production of cereals and oilseeds.

The International Grain Council (IGC) expects Ukraine’s total cereal production in 2021-22 to reach 74.2 million tons, compared to 64.9 million in the previous year, and the wheat harvest will reach 27.2 million tons, up from 25.5 million, while

The Intergovernmental Committee’s forecast for Ukraine’s total grain exports in 2021-22 is 53.1 million tons, compared to 45.3 million a year earlier, while soybean production is estimated at 3.6 million tons in 2021-22, up from 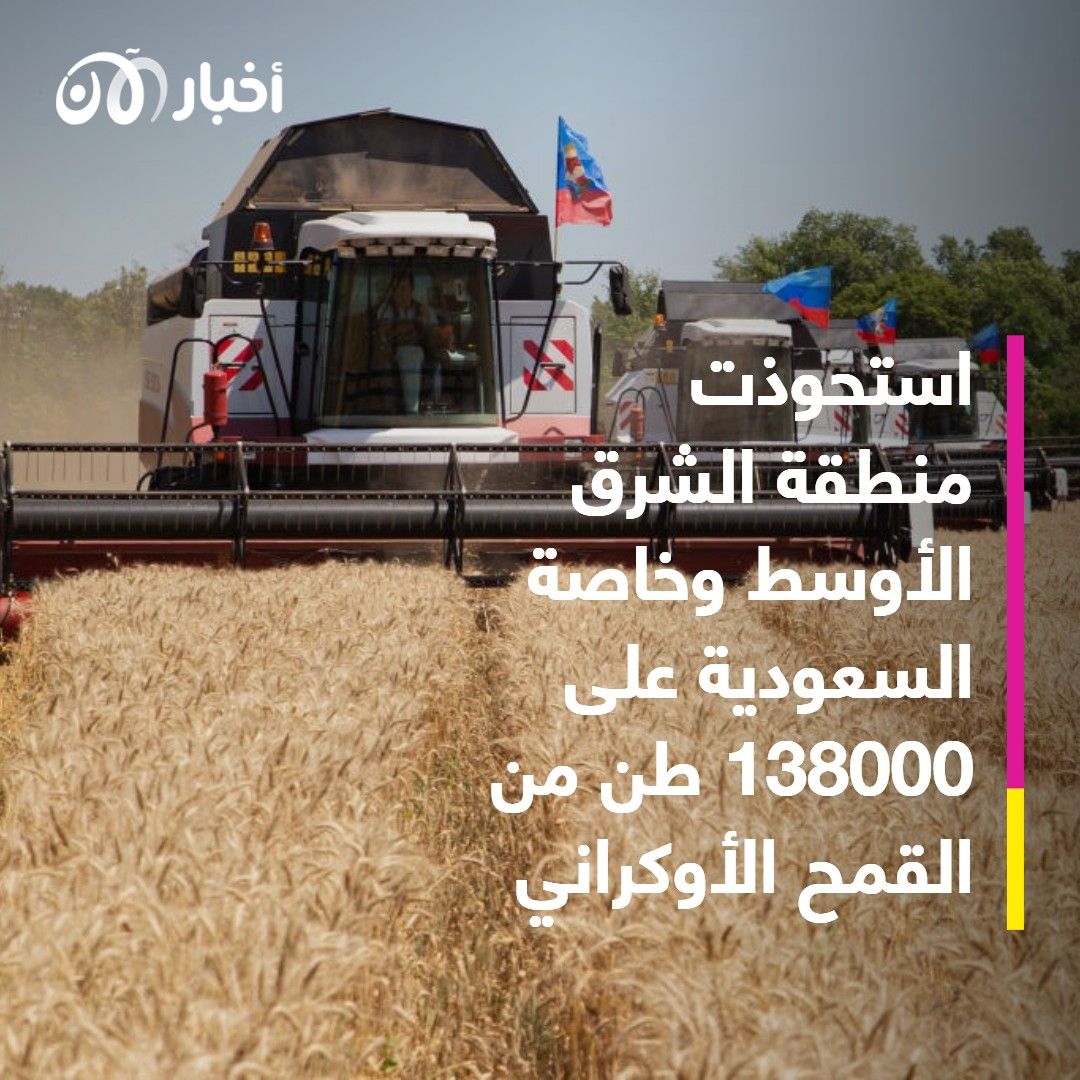 In a report issued on April 20, the US Department of Agriculture attaché said: “Unfavorable weather conditions in 2020 led to a decrease in the volume of production for Ukrainian farmers in 2020-2021,” adding: “As a result, some bankruptcy

Ukrainian farmers”, he also noted that higher prices allowed most farmers to make up for the loss in scale, as corn farmers experienced a unique situation where corn prices were equal to milling wheat prices.

The ever-increasing domestic grain prices tempt farmers to hold on to their stocks, waiting for higher prices after selling only a limited amount of grain to pay off debts, as grain exporters desperately explore the market in an attempt to

to implement their contracts, which leads to a rise in grain prices.

The report stated that “more than a third of corn is processed into starch and molasses by larger plants in Dnipropetrovsk and smaller processing facilities in Chernigov and Kiev.” In addition, a small amount of corn oil is crushed while

Small amounts of wheat are dedicated to producing high-quality alcohol and about 9% of the barley is used for fermentation.

And the US Department of Agriculture continued: “The domestic consumption of wheat is mostly used for food purposes, as it is milled into flour,” adding: “Flour production fell sharply in 2020-2021, as mill owners were not

Locals are able to compete with grain exporters in times of high wheat export prices.”

The report pointed out that “in recent years, large-scale bread production in Ukraine has gradually decreased,” noting that “this decline corresponds to the decline in population and the loss of Ukrainian lands”, according to the Federation of Mills

Ukrainian, more than 330 flour mills, including 50 mills with a capacity of 1,000 tons per month, produce about 2.5 million tons of flour annually. “Middle-income consumers are shifting away from buying popular types of bread in favor of premium bakery products and homemade bread,” while the large, mostly state-owned, businesses are making bread

Ukraine is a significant exporter of flour, with exports reaching 356,000 tons in 2019-2020, according to the appendix, with the Middle East and Saudi Arabia mainly accounting for 138,000 tons, East and South

The annex explained that Ukraine has excess crushing capacity, which enhances competition between local processors and exporters, and is also a net exporter of oilseeds, oil and flour, noting that oilseeds retain the position of the most popular crop.

For Ukrainian farmers because they usually provide good profitability, especially sunflowers, pointing out that “the main limiting factor limiting the expansion space for sunflower seed production is the significant increase in production costs when they are not met

Rapeseed offers another viable option for Ukrainian farmers, as winter ones are better at capturing soil moisture and producing a better crop, and the only drawback is that they often suffer from high plant death rates.

Climatic changes reduce this risk factor, making this crop more attractive to farmers, who have allocated an increasing area to this crop.”

On genetically modified crops, an appendix report dated November 23, 2020, described the opinion on biotechnology as divided from the public’s point of view, “generally negative” or “very influenced by propaganda from the European Union”,

While many farmers realize that genetically modified crops are more cost-effective and provide better financial results.

In Trabzonspor, Abdullah Avcı’s eye is on Naci Ünüvar

Putin and Xi Jinping meet on Friday via video

Reply from Naci Görür to ​​Kemal Kılıçdaroğlu: I read it in the newspaper…

Mircea Lucescu explained the reason for the fall! ‘The reason is Benfica’

Motorcycle attack on women walking on the street
November 20, 2022

Motorcycle attack on women walking on the street

The law on the prevention of violence against women and health workers is in the Official Gazette.
May 27, 2022

The law on the prevention of violence against women and health workers is in the Official Gazette.

14 new projects will be launched to combat floods and erosion
May 22, 2022

14 new projects will be launched to combat floods and erosion

A Pakistani “healer” implanted a nail in the head of a pregnant woman to give birth to a boy
February 9, 2022

Painted attack on the Polish embassy in Moscow
May 11, 2022

Painted attack on the Polish embassy in Moscow