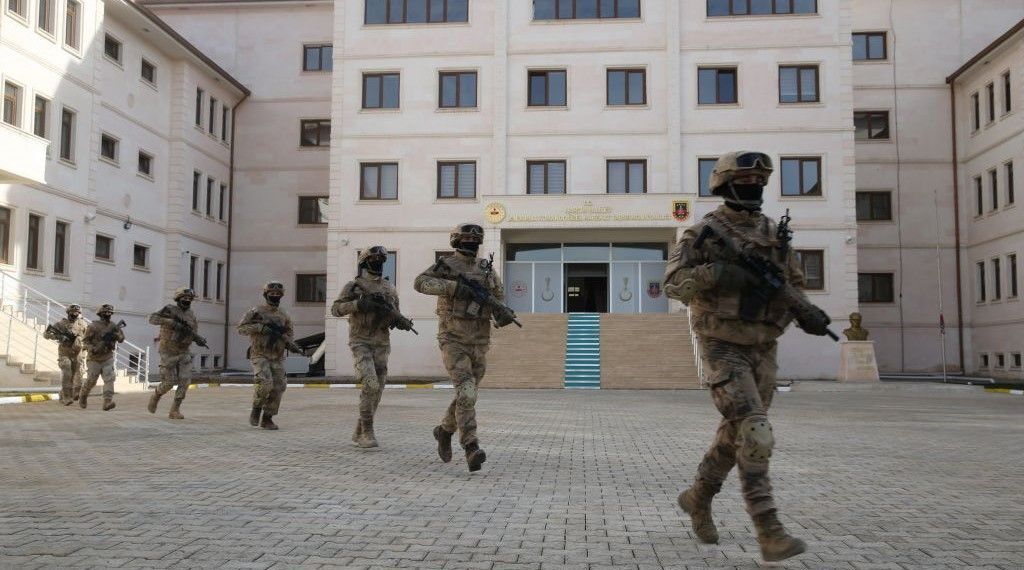 Turkish authorities arrested in Istanbula leader in the organizationISISThe terrorist is of Tunisian origin, holding the position of what is known as the “military group official.”
She said Anadolu AgencyThe Turkish intelligence and security teams managed to locate the terrorist “Ali Tawil”owner of the nickname “Abu K” in Istanbul, where he commanded a large number of fighting groups in the ranks ofISIS“terrorist bSyria And Iraq.

She added that the authorities carried out an operation targeting the terrorist’s hiding place on January 22, and arrested him.
After completing the legal procedures against the terrorist affiliated with ISIS in the Security Directorate, he was referred to the Aliens Repatriation Center at the Immigration Department in preparation for his expulsion from the country.

And she was American forces It has succeeded in killing the third leader of ISIS, in a qualitative operation that took place in the town of Atma, Idlib Governorate, northwest of Syria.
This time, it was the leader of the terrorist organization called ISIS.Abu Ibrahim Al Hashimi Al QurashiHis real name is Muhammad Saeed Abd al-Rahman al-Mawla, known as “Qardash,” who succeeded Abu Bakr al-Baghdadi, who was killed in an American raid in October 2019. He received training in Afghanistan, when he joined the “Salafist Jihad.” In 2001, led by Abd al-Rahman Shekhlar, upon his return to Iraq after six months, he was arrested by the security services during the era of Saddam Hussein, and he was released at a later time.

He has a rich history of terrorism, as he is the godfather of massacres in Iraq and Syria, since he joined the “ISIS” organization and pledged allegiance to Abu Bakr al-Baghdadi in 2004, and assumed the position of the legitimate official of the organization on the left side of the city of Mosul. He had known al-Baghdadi in Bucca prison; Where they spent about three years together, then he went to Mosul again, to become one of the leaders of ISIS, and he was the first to receive Al-Baghdadi in the city after its fall in 2014.

“You are playing into the hands of terrorist organizations”

Fire in the pharmacy warehouse in Gaziantep!

Zelensky asks to sit with Putin: “I don’t bite. What are you afraid of?”

Putin: Russia’s interests are non-negotiable, but I am ready for a diplomatic solution
February 23, 2022

Putin: Russia’s interests are non-negotiable, but I am ready for a diplomatic solution

It was forbidden to speak Kurdish in Turkey; AK Party changed this
August 8, 2022

It was forbidden to speak Kurdish in Turkey; AK Party changed this

They were hungry and thirsty for days.

The number of people who have been legally pursued from personal credit card debt has increased
July 14, 2022

Ugly attack on Atatürk in Samsun

İzmir will breathe with Aydın Erten

‘There is a more serious picture here…’

The family, who could not pay their rent in Izmir, stayed on the street with their 2-year-old daughter on the eve of the feast.
July 9, 2022

The family, who could not pay their rent in Izmir, stayed on the street with their 2-year-old daughter on the eve of the feast.