After the ISIS operation in Al-Hasakah, the Syrian Democratic Forces are chasing and killing its members

The Wall Street Journal published a report in which it said that the “major operation” promoted by ISIS media professionals in Al-Hasakah It turned into a “disaster” for the organization, after the killing of the armed men participating in it, some prisoners who participated with the attackers, and the killing of its leader, Abdullah Qardash, or “Abu Ibrahim al-Qurashi” as the organization calls it.

and Chen Syrian Democratic Forces With the support of the United States, since the killing of Al-Qurashi in an American operation, the process of chasing the fugitive elements involved in the prison break-in operation.

The American newspaper says that the prison break was among the last acts ordered by the leader of the organization before his death, and it is also among the worst attacks launched by ISIS in the past three years. It is the attack that seriously brought to the fore the fears of major operations of the extremist organization.

And the newspaper quotes intelligence officials in the United States, Iraq and a European country, as saying that the leader of the organization was “concerned about the shortage of fighters in recent months,” and international estimates indicate that ISIS maintains at least 6000 fighters in Iraq and Syria, where it forms cells and trains to launching attacks, according to the newspaper.

The Wall Street Journal, citing unnamed officials, says that “with most of the ISIS fighters in prison or in hiding, a large part of the group’s strength was made up of women who had escaped from camps for displaced people in Syria.”

According to the newspaper, the ongoing hunt for escaped prisoners shows how the prison escape may have succeeded beyond that acknowledged by US officials and their local partners, as the SDF has not disclosed how many prisoners are still on the run.

Those forces said that they killed 374 ISIS members and recovered at least 1,100 prisoners, and the number of prisoners, before the attack, ranged between 3,500 and 5,000 thousand, according to the newspaper.

ISIS has used the tactic of attacking prisons and liberating its members since the organization’s first inception, and before it occupied large areas of Iraq and Syria.

The newspaper quoted an Iraqi official as saying that the attack in Syria last month raised alarms in Iraq, where officials expressed concern that the storming of prisons in Syria would lead to a repeat of the mass escape of ISIS militants from Abu Ghraib prison in July 2013, which became a pivotal moment in The rapid expansion of ISIS the following year.

Iraqi and Western officials said Iraqi intelligence has stepped up efforts to track down the location of the group’s leader in Idlib, using informants on the ground, and relaying its findings to US counterterrorism officials.

Western security officials believe that the next leader of ISIS will likely be from Iraq as well, like his predecessors.

An analysis published by Foreign Policy magazine indicates that the killing of Al-Qurashi constitutes a “major setback” for ISIS, because “the challenge facing the organization is to find an alternative to Al-Qurashi that maintains its continuity with the founders of the organization.”

The analysis says that al-Qurashi was “close” to Abu Musab al-Zarqawi and Abu Bakr al-Baghdadi “providing legitimacy and continuity when he took power after al-Baghdadi’s death. However, most members of this founding generation were killed, raising serious problems about the organization’s future leadership and direction.”

The newspaper says that the ISIS attack on the prison confirmed the fears that the residents of al-Hasakah were feeling, which is that the organization’s elements and its collaborators have been hiding among them for a long time.

For example, on the night of January 20, about 20 ISIS men appeared at the door of Abdul Qadir Azizi, a 29-year-old mechanic who lives near the prison. With them was a man wearing a mask, directing the gunmen as they chased the security officers.

Azizi said the man knew him and told the gunmen to leave him because he was “just a car repairman”.

But the gunmen entered the house and began searching the phones of those in it, and on one of them they found a picture of Azizi’s cousin, Ghassan, in military clothes, which led them to execute him. 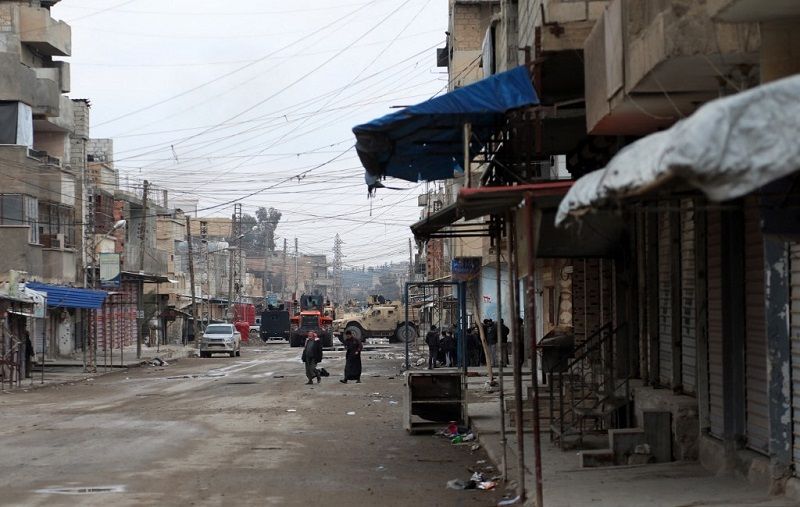 The Wall Street Journal quotes Robert Ford, the former US ambassador to Syria, as saying that the attack “shows the limits of the SDF’s strength, including its intelligence work around the communities in which ISIS still operates, as well as the frictions between local Arab communities and the SDF leadership.”

“Without reforming the SDF, ISIS will find a small number of recruits every week,” he added.

The SDF refused to assert that it was responsible for the success of ISIS recruitment, and argued that the world had given it the unfair burden of guarding thousands of members, affiliates and their family members.

Officials in those forces told the newspaper that the prisoners in Al-Hasakah prison belong to at least 20 different nationalities. Countries around the world have generally refused to accept the return of their citizens who are being held in prison.

Nilüfer Belediyespor did not set a set against Kuzeyboru

The number of Ukrainians entering the EU reaches 6.3 million

A Russian military trick with the letter “Z”… and the “Father of the Bombs” is ready for Ukraine
February 22, 2022

Dynamite exploded in a quarry in Çekmeköy damaged houses: ‘We feel like an earthquake’
October 18, 2022

Dynamite exploded in a quarry in Çekmeköy damaged houses: ‘We feel like an earthquake’

A study reveals the “ideal number” of coffee drinkers per day
February 21, 2022

A study reveals the “ideal number” of coffee drinkers per day

Conflict between police and Shiite group in Nigeria: 6 people died

‘Budget’ protest from All Pensioners’ Union: We are ashamed of our children and grandchildren
December 13, 2022

‘Budget’ protest from All Pensioners’ Union: We are ashamed of our children and grandchildren

China to send ‘leaping’ rover to the Moon