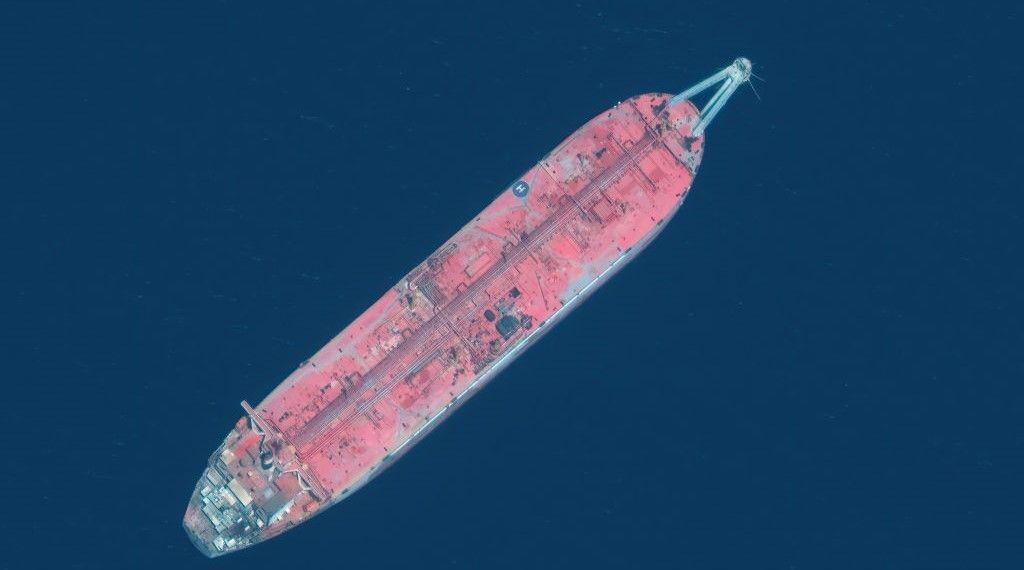 The statement indicated that the United Nations Resident and Humanitarian Coordinator in Yemen, David GrisleyLast week, they had constructive meetings on a UN-coordinated proposal to mitigate the threat posed by the old floating storage and offloading unit, FSO Safer, moored off the coast of Hudaydah.

The statement added that Grisley discussed the proposal with the Prime Minister, the Minister of Transportation and the Safer Emergency Committee in the temporary capital Eden On the fifth of February.

The statement referred to government officials’ assurances and support for the UN-coordinated proposal to transfer one million barrels of oil on board the oil tanker Safer to another vessel, “and indicated that the Yemeni government wants to mitigate the threat as soon as possible.”

The Houthi militia announced in a statement on Saturday evening that the United Nations Office for Project Services, since it presented its plan in violation of the agreement last May, has completely ignored its obligations.

Observers told “Akhbar Alan” that the Houthi statement is a clear rejection and intransigence of the proposal of the Resident Coordinator for Humanitarian Affairs in Yemen, and that the Houthi militia, since the beginning of the Safer oil tanker crisis, has been disrupting all efforts that would end the disaster that is about to occur.

The Safer, which was built in 1976 as an oil tanker and converted a decade later into a floating oil storage facility, is moored about 4.8 nautical miles off the coast of Al Hudaydah Governorate.

The 376-meter Safer contains more than 1 million barrels of light crude oil, four times the amount that Exxon Valdez spilled With no maintenance on the Safer since 2015 Due to the conflict, its structural integrity has deteriorated significantly and the ship is in imminent danger of spilling oil due to leakage or explosion.

A major spill would rapidly exceed national capacities and resources to conduct an effective response with a catastrophic outcome that would destroy the Yemeni coast, destroy livelihoods and force the closure of the Hudaydah and Saleef ports, which are essential to import commercial imports and life-saving humanitarian assistance.

Oğuzhan Sergeant, who was stabbed by his girlfriend, died

Domestically, the eyes turned to the balance of payments and industrial production.

Samsunspor could not agree with Çağdaş Atan
May 16, 2022

Samsunspor could not agree with Çağdaş Atan

Has Murat Ongun been dismissed?

Türk-İş Chairman Ergün Atalay talked about how they determined the minimum wage: ‘I like Mr. Tayyip’
July 5, 2022

Türk-İş Chairman Ergün Atalay talked about how they determined the minimum wage: ‘I like Mr. Tayyip’