2022 Winter Olympics.. The title of the failure of the Chinese Communist Party

At a time when China held a course Winter Olympics In Beijing, the Omicron mutant imposed itself as a heavy guest on it, in addition to a diplomatic boycott of it due to human rights violations, especially for the Uyghur minority in Xinjiang.

China itself admitted that the new mutated corona virus “Omicron” It will be synonymous with additional difficulties in organizing the Winter Olympics, scheduled for February 4-20 in Beijing.

During the Corona pandemic, the Chinese authorities were facing the crisis by imposing “closure and quarantine”, to the extent that President Xi Jinping, had not left the country for nearly two years, according to a report published by “Vox”.

But all these measures did not work for China, as despite all the precautionary measures, injuries are still among the players and some of them have left the tournament.

Another blow and failure added to Beijing’s record of human failure, which is Washington’s boycott of the Olympics on the pretext of the Uyghur Muslims in Xinjiang, and a new blow in the Cold War between the two countries in the file of Taiwan, which is supported by the US government with equipment and weapons.

The “Human Rights” paper was prevalent during Beijing’s organization of the Olympics and its opening as well, as this paper withdrew the implicit legitimacy from the session held on Chinese soil, as some countries that have significant weight at the international level refrained from participating in the opening, which put the Chinese government in an embarrassing position. before the international community.

Writer and political researcher Hussein Al-Zoubi tells Studio Now that the Chinese Communist Party wanted to display its capabilities and reach the stage of zero corona, but it failed to do so and revealed its truth.

Al-Zoubi adds that behind this tournament, China wanted to convey a political message to the inside, which is that the regime controls the country. 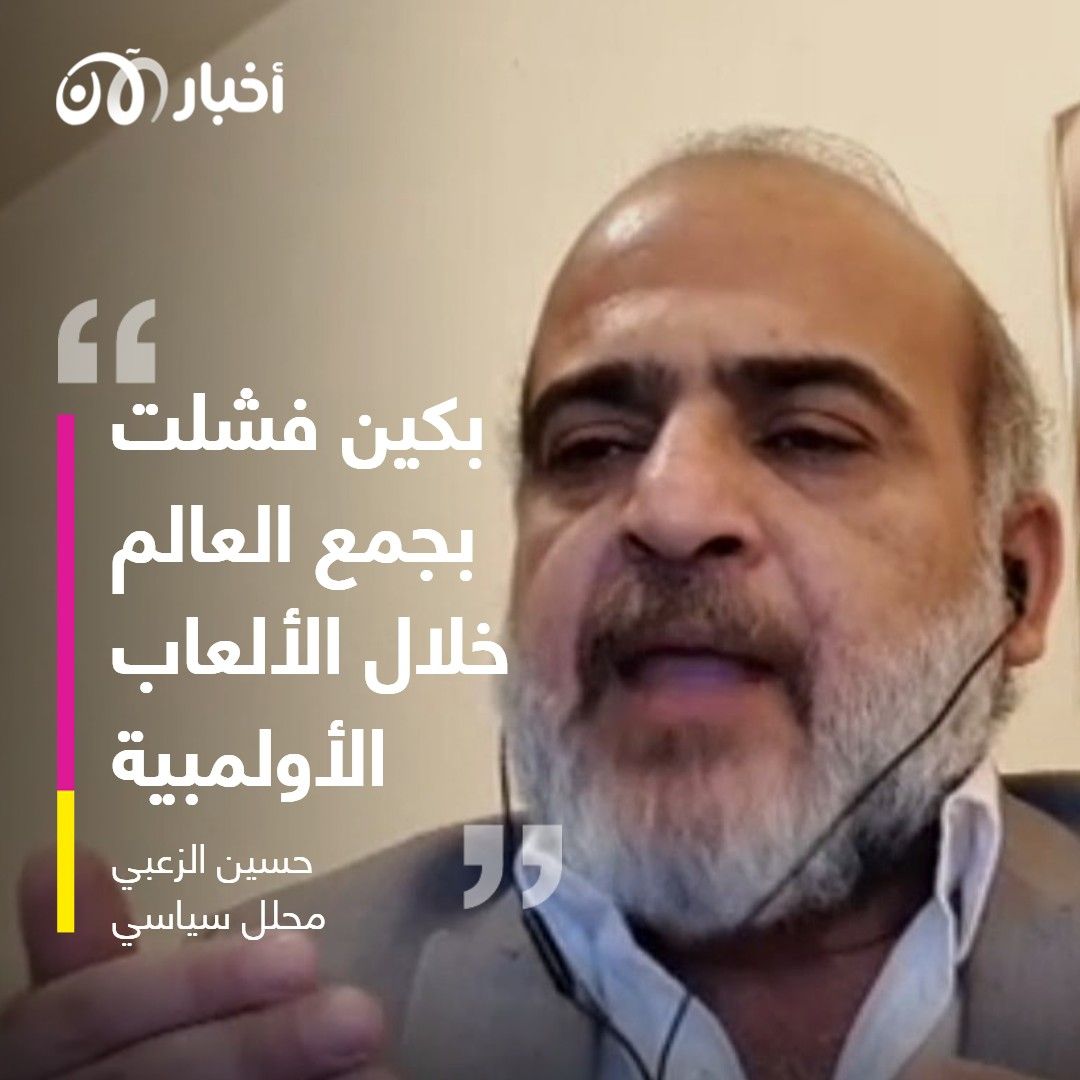 Al-Zoubi confirms that half of the Chinese population is in a state of mass ban due to Corona, and the Olympic Games are supposed to be an opportunity for peoples to meet, but what is happening in China today is that the competitions are taking place away from the public.

Al-Zoubi concludes by saying that China’s hosting of the tournament does not mean a success for the Chinese Communist Party, especially since Beijing holds more than one million Uyghurs in detention camps.

Macron says sanctions against Moscow will be "On the offensive level, we will not be weak"

Women are busy with housework!

Facebook Twitter WhatsApp Telegram
Back to top button
Close
Featured Posts
Panic on the site in Başakşehir: 10 people were affected!
May 18, 2022

Panic on the site in Başakşehir: 10 people were affected!

Göksel Tail, whose dog was killed in front of his eyes, started a petition
August 10, 2022

Göksel Tail, whose dog was killed in front of his eyes, started a petition

CHP’s Turan Aydoğan carried the attacks on our newspaper’s writer Zülal Kalkandelen to the Parliament: ‘Traumas should not happen’
August 7, 2022

CHP’s Turan Aydoğan carried the attacks on our newspaper’s writer Zülal Kalkandelen to the Parliament: ‘Traumas should not happen’

Reaction from our newspaper’s writer, Zülal Kalkandelen, to the Turkish Journalists’ Association
August 4, 2022

Reaction from our newspaper’s writer, Zülal Kalkandelen, to the Turkish Journalists’ Association

Worker who fell on a crane mast dies

BUPAR Research asked citizens about the immigration problem in Adana, Mersin, Gaziantep and Hatay: Risk for our country
May 11, 2022

BUPAR Research asked citizens about the immigration problem in Adana, Mersin, Gaziantep and Hatay: Risk for our country