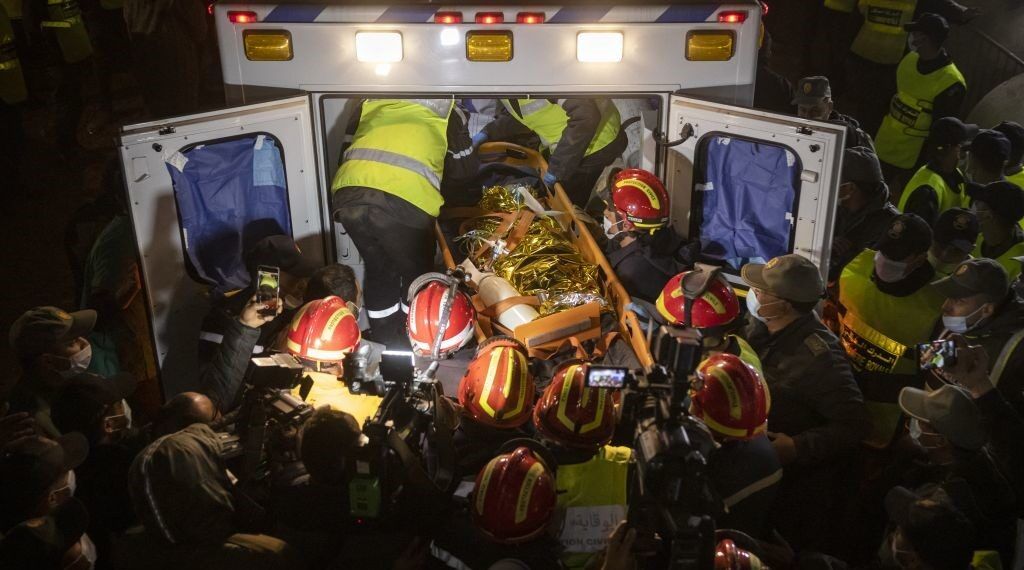 Morocco prepares for the funeral of the child Ryan

Morocco prepares for the funeral baby ryan, in a majestic popular funeral, after determining the causes of death by specialized doctors. The peoples of the world had followed with great sadness the attempts to save him, and the hopes and invitations prevailed on the Arab and foreign communication sites, but the whole world was grieved Sunday with great disappointment following the death of the child, which put a sad end to the most dramatic drama that united all humanity and followed it in a live broadcast on Arab and foreign satellite channels.

The body of the “well child” is lying in the military hospital in the Moroccan capital, Rabat, after 5 days of clinging to the hope of finding him and exhuming him alive.

On Sunday morning, local authorities prevented journalists from passing to the Igran roundabout, the birthplace of the deceased child Ryan.

The local authorities tighten the control of the national ID cards for passers-by, and only allow the passage of residents in the roundabouts adjacent to the center.

In the same context, journalists were prevented from obtaining family testimonies regarding the incident, forcing them to content themselves with taking some pictures inside the Egran roundabout.

After announcing the official news of his death, the Royal Court clarified in a statement issued yesterday evening, Saturday, that King Mohammed VI made a phone call to Rayan’s parents, and expressed his deepest condolences to all family members, and also expressed his appreciation for the tireless efforts of the authorities during the process of removing Rayan from the well.

EU pledges support for Lithuania in its dispute with China

Explosions were heard in Kyiv and Kharkiv, Ukraine

Facebook Twitter WhatsApp Telegram
Back to top button
Close
Featured Posts
‘There is no hope in the Nation Alliance’
September 11, 2022

‘There is no hope in the Nation Alliance’

She threw the baby she gave birth to from the balcony!

Ukraine defies Russia… with “lethal weapons” that change the balance of war
February 16, 2022

‘Eat adequate and balanced nutrition in summer’ warning from expert
May 15, 2022

‘Eat adequate and balanced nutrition in summer’ warning from expert

President Erdogan’s three-legged housing package will benefit those who have money
May 11, 2022

Criminal complaint from HKP against Erdoğan and the Institution regarding the demolition of Atatürk Airport
May 18, 2022

The allegation that Russia attacked the Azovstal factory with a phosphorus bomb
May 15, 2022

The Simpsons’ Trump prophecy: they knew in 2015