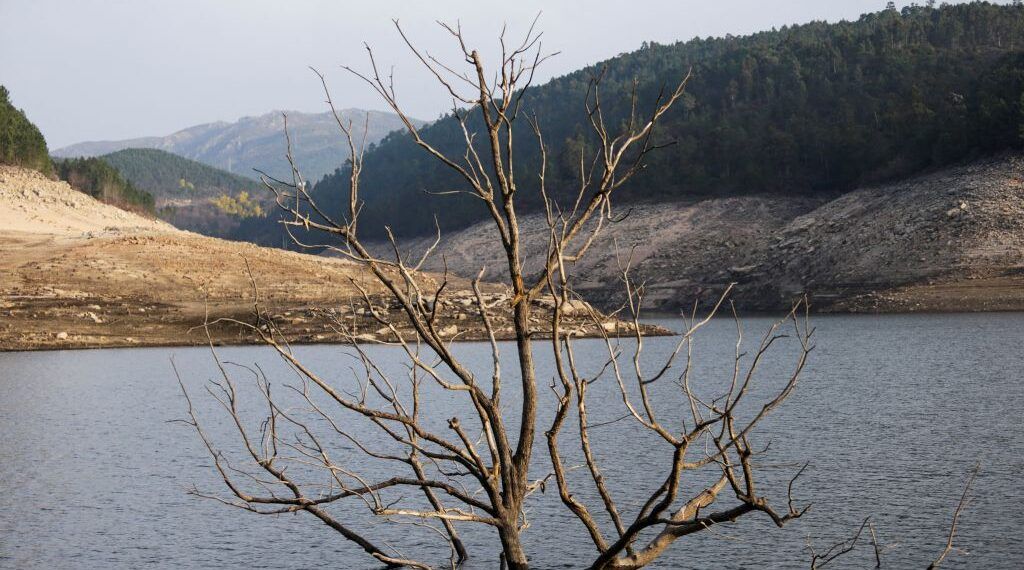 About two hundred countries will meet from Monday to adopt the report of the experts of the Intergovernmental Panel on Climate Change on the consequences of climate warming, which paints a very bleak picture that once again proves the urgent need to reduce emissions.
The thousands of scientific studies on which the consensus was based among hundreds of experts who prepared this report leave no room for doubt.
“Yes, we are heading towards an increasing rise in risks in all sectors and in almost all regions,” said one of these experts, Alexandre Manin, a researcher at the French IDDRI Institute.
“The intergovernmental body has been saying this for years! We will repeat it, but will it fundamentally change the way the actors in the economy, politics and population look at the future? I don’t know. Will it awaken consciences? I hope so,” he added.
His words came as countries were called to advance their goals in combating warming by the next Conference of the Parties (COP27) in November.
After a report issued in August highlighting the acceleration of climate warming, the Intergovernmental Panel on Climate Change (IPCC) is studying from 14-25 February the implications of climate disruption and how the world is preparing to adapt to it, before a third phase expected in April will focus on on solutions to reduce greenhouse gas emissions.
The conclusions of the August report were bleak, as it considered that a temperature increase of 1.5 degrees Celsius compared to the pre-industrial era, which is the optimistic goal in the Paris climate agreement, may become a reality within 2030, ten years earlier than what was previously estimated, threatening the occurrence of new “unprecedented” disasters. Mankind is “without a doubt” responsible for climate warming.
The current report will focus on the implications of this situation for food security, health, cities and population mobility, as well as biodiversity and ecosystems.
With the Earth’s temperature rising so far, about 1.1 degrees Celsius, and while the last seven years were considered the hottest so far, the world is witnessing the disasters that have been recorded from the fires that swept the American West, Greece and Turkey, and the floods in German and Chinese regions, while the temperature approached fifty degrees Celsius in Canada.
– Salt move –
An introductory version of the government body’s report, seen by AFP in June, showed that life on Earth as we know it today will inevitably undergo transformation in the short term.
Faced with this possibility and the need to reduce emissions by nearly 50% by 2030 to limit warming to 1.5 degrees Celsius, countries promised at COP26 in Glasgow in November to accelerate the fight against warming, speaking for the first time on the responsibility of coal. However, experts and non-governmental organizations considered these commitments weak and not fast enough.
The United Nations reports that the world is still heading towards a catastrophic warming of 2.7 degrees Celsius, knowing that every tenth of a degree Celsius multiplies the catastrophic repercussions.
Given these circumstances, Kelly Levine, an expert at Bezos Earth Fund, said the report comes “at a very important stage”, adding, “We have to verify that pressure is not reduced this year at a time when countries will hopefully seek to set more ambitious goals.”
The Intergovernmental Panel on Climate Change will unveil its new report on February 28, after a two-week remote meeting with the participation of the 195 member states, which will review line by line the “Summary for Decision Makers” that summarizes the politically sensitive report and reality in thousands of pages.
A glimmer of hope may appear in this bleak picture, through the adaptation that must be directed more towards solutions to prepare for the consequences.
But Rechtel Cletus of the Union of concerned scientists said, “There are limits to adaptive capacity and the world will not be able to adapt to uncontrolled climate change.”

Current children’s books of the week…

Woman buried alive by her husband escaped from her grave

Facebook Twitter WhatsApp Telegram
Back to top button
Close
Featured Posts
Warning to Turks living in the USA from the General Directorate of Security – Last Minute Turkey News
May 22, 2022

442 illegal immigrants were caught in İzmir, 7 organizers were arrested
December 3, 2022

442 illegal immigrants were caught in İzmir, 7 organizers were arrested

Iran..a fire at a military base and an investigation has been opened to find out the cause of the accident
February 14, 2022

Iran..a fire at a military base and an investigation has been opened to find out the cause of the accident

LAST MINUTE: Russia had closed the valves… Flash move from Finland!
May 21, 2022

Hülya Avşar’s reaction to Nükhet Duru: They can also walk around naked
November 6, 2022

Hülya Avşar’s reaction to Nükhet Duru: They can also walk around naked

Ajaccio could not beat Nantes in Ligue 1