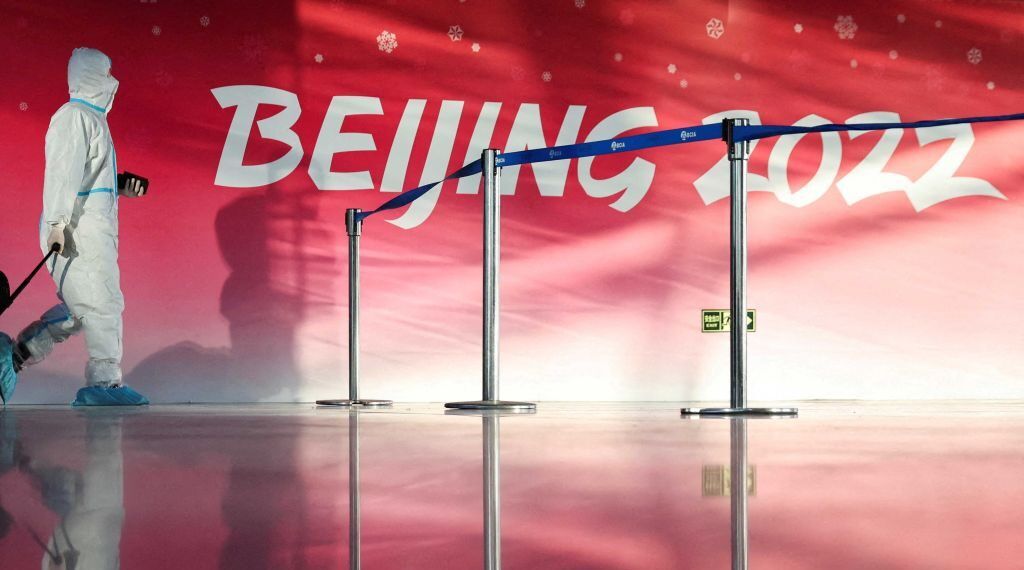 China has suspended and isolated more than 30 athletes participating in the Beijing Winter Olympics after testing positive for the virus. Corona“We will allow as many people as possible to get out of isolation as much as possible, but only as much as we can do safely,” said Brian McCluskey, the head of the session’s specialized medical committee, noting that 50 athletes were discharged from the hospital.

And the Associated Press revealed earlier that there are 32 athletes in isolated places with poor conditions, in Beijing, after complaints by some athletes and teams about inedible food, dirty rooms, lack of training equipment and Internet access, in turn, the organizers did not deny the news that talked about the difficulty. Isolation positions on athletes facing the possibility of losing competition after years of training.

To prevent the spread of COVID-19, the course organizers are asking everyone in the so-calledOlympic bubbleBy conducting PCR tests daily, and those who are confirmed to be infected are transferred to an isolation center from which they are not allowed to leave except with negative tests, and in this regard, McCluskey indicated that the infected people can show positive smears for a long time, and that previously infected people may also have positive tests because they They are infected again, and they are able to spread the virus.

McCluskey believes that the possibility of infection with COVID-19 in the Olympic bubble is “less than anywhere else in the world,” considering that the presence of 393 positive cases inside the Olympic bubble is not great, as it includes media reporters, team officials and others from the total number of arrivals of 12,800 people. from outside China to attend the Olympics.

In a related context, China closed a city in southwest China after mass tests revealed nearly 100 cases of the Corona virus, which expands China’s protracted battle to return virus infections to zero, and “Bloomberg” news agency reported that the results of the tests were positive for a total of 98 people. In the border city of Pais, which has a population of 6.3 million people and is located in the Chinese province of Guangxi near Vietnam, where the authorities banned movement within the city and travel from it to the rest of China, and it is the third city isolated by China in the past two months, where an outbreak of “Delta” mutant showed And “Omicron” how difficult it is to contain the new highly contagious mutant by the Chinese authorities.

Step back after 2 months of protests in Iran

Flash claim for Neymar! He was injured on purpose…

The first week of the Ukraine war.. an account of sins

Half a kilo of marijuana hidden in the spare tire of the vehicle was seized in Kayseri
May 15, 2022

‘Turkish Day Children’s Festival’ was held in New York by the Presidency of Communications – Last Minute World News
May 22, 2022

“We hit Ukraine several times as a warning, we may respond more seriously in the future”
September 16, 2022

“We hit Ukraine several times as a warning, we may respond more seriously in the future”

Child lost his life under garbage truck in Adana
August 23, 2022

Child lost his life under garbage truck in Adana

The “Ghost of Kiev” .. a “fake” pilot united the Ukrainians with his ferocity with the Russians
February 27, 2022

The “Ghost of Kiev” .. a “fake” pilot united the Ukrainians with his ferocity with the Russians

Scandalous act in the match! The club president who went down to the pitch slapped the rival football player
December 27, 2022

Scandalous act in the match! The club president who went down to the pitch slapped the rival football player