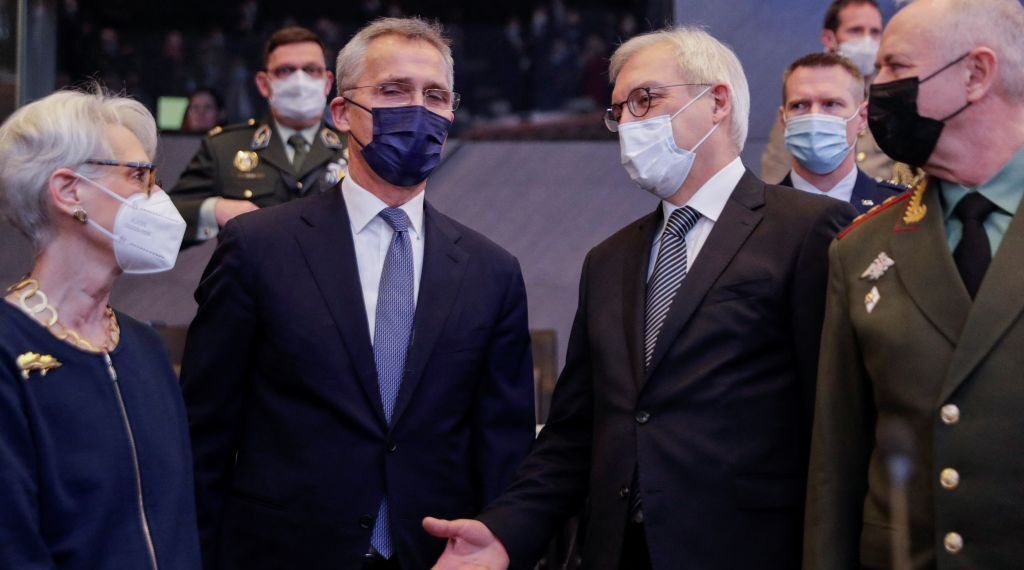 Stoltenberg: Russia’s military deployment is a “danger” to Europe’s security

NATO Secretary-General Jens Stoltenberg said Thursday that the deployment of Russian forces in Belarus as part of joint military exercises at the Ukrainian border represents a “dangerous moment” for Europe’s security.

“We are closely following Russia’s spread in Belarus, which is the largest since the end of the Cold War…This is a dangerous moment for Europe’s security,” he said, warning that “any new aggression from Russia (against Ukraine) will lead to an enhancement of the NATO presence, not a reduction.”

Stoltenberg’s comments came during a joint press conference with British Prime Minister Boris Johnson, during which he warned Russia that NATO is deploying more forces in eastern European member states such as Poland and Romania, and that Russia’s behavior will not deter it from doing so.

Stoltenberg said that “the renewal of Russian aggression will lead to an additional presence of NATO, not the other way around,” while thanking Johnson for sending reinforcements to Poland.

The two officials indicated that the alliance is ready to engage in talks with Russia regarding de-escalation and controlling the spread of arms, but they warned that the alliance would not compromise in its policy that allows the accession of new countries to it.

“When the Berlin Wall came down, the European peoples were clear in their desire that their freedom and security be inextricably linked,” Johnson said.

“We must resist and oppose any return to a period when a handful of great powers decided the fate of nations on their behalf,” he added.

Stoltenberg pointed out that he had prepared a written letter Thursday to Russian Foreign Minister Sergey Lavrov urging Moscow to resume dialogue under the formula of NATO and the Russian Council.

Johnson, in turn, noted “a massive buildup of tactical battalions on the borders of Ukraine, 70 or more.”

“This is probably the most dangerous moment, in my opinion, over the next few days in the context of the biggest security crisis that Europe has faced in decades,” he added.

Weather on October 20, 2022… Meteorology announced: What will the weather be like today?

Kemal Kılıçdaroğlu had promised; The article of deletion of interest on KYK debts passed the Parliament

Facebook Twitter WhatsApp Telegram
Back to top button
Close
Featured Posts
CHP leader Kemal Kılıçdaroğlu addressed the party members in MYK: ‘We must be the voice of our daughter’
December 14, 2022

CHP leader Kemal Kılıçdaroğlu addressed the party members in MYK: ‘We must be the voice of our daughter’

UN warns: Iraqi streets are about to get mixed up

They were sentenced for insulting Süleyman Soylu.
December 26, 2022

They were sentenced for insulting Süleyman Soylu.

Intimidation from the USA and Japan to North Korea: They held exercises in the Sea of ​​​​Japan
May 26, 2022

Intimidation from the USA and Japan to North Korea: They held exercises in the Sea of ​​​​Japan