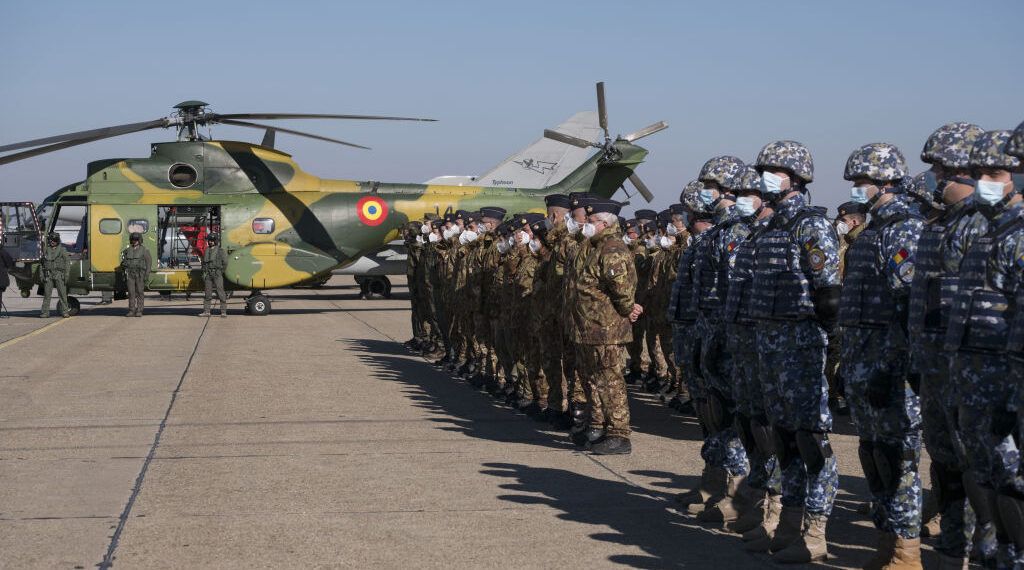 She said Washington Russia is massing more troops near Ukraine and the invasion could come at any time, including during this month’s Winter Olympics, as Moscow toughens its response to Western diplomacy.

Commercial satellite imagery from a private American company showed new Russian military deployments to several locations near Ukraine, and in his so far stark warning to American citizens, President Joe Biden said he would not send troops to rescue anyone who remained there in the event of a Russian presence. assaults.

Biden had a phone call about the crisis with the leaders of Britain, Canada, France, Germany, Poland and Romania, as well as the heads of NATO and the European Union.

After that meeting, with anxiety spreading, British Prime Minister Boris Johnson joined a handful of other nations in urging their citizens to leave Ukraine.

He said at the meeting that he feared for Europe’s security and stressed the need for “a heavy package of economic sanctions ready to go, if Russia takes the devastating and destructive decision to invade Ukraine,” his office said.

Meanwhile, Moscow said the answers sent this week by the European Union and NATO to its security demands showed a “disrespect”.

A source familiar with the meeting said that Biden met with his national security advisers last night. The source said that US officials believe that the crisis may reach a critical point, with the escalation of rhetoric from Moscow, the arrival of six Russian warships in the Black Sea, and the arrival of more Russian military equipment to Belarus.

“We’re in a window where an invasion could start at any time, and to be clear, that includes during the Olympics,” Secretary of State Anthony Blinken said. The Beijing Games end on February 20.

“Simply put, we continue to see very worrying signs of a Russian escalation, including the arrival of new forces at the Ukrainian border,” Blinken added.

Japan, Latvia, Norway and the Netherlands also asked their citizens to leave Ukraine immediately, while Israel said it was evacuating relatives of embassy staff.

Russia has already massed more than 100,000 troops near Ukraine, and this week began joint military exercises in neighboring Belarus and naval exercises in the Black Sea.

The Ukrainian Sea Ports Authority said that Russia had withdrawn previously announced restrictions related to the naval exercises of ships in the Sea of ​​Azov, which connects to the Black Sea.

In the video… leaders of ISIS were killed in western Iraq

They killed the pregnant woman, stole her baby!
December 6, 2022

They killed the pregnant woman, stole her baby!

We are not the backyard of any party

YKS questions and answer keys are open to access
June 19, 2022

YKS questions and answer keys are open to access

Possible rivals of Fenerbahce and Trabzonspor have been announced!
November 3, 2022

Possible rivals of Fenerbahce and Trabzonspor have been announced!

The share of 23 million TL to be taken from the tickets was not followed: The Ministry’s eyes are full
September 7, 2022

The share of 23 million TL to be taken from the tickets was not followed: The Ministry’s eyes are full

Putin’s Negotiation Statement on the War

Let Serkan Taranoğlu tell the prosecutor what he knows
September 2, 2022

Let Serkan Taranoğlu tell the prosecutor what he knows

Barcelona closed the season with a defeat – Last Minute Sports News
May 22, 2022