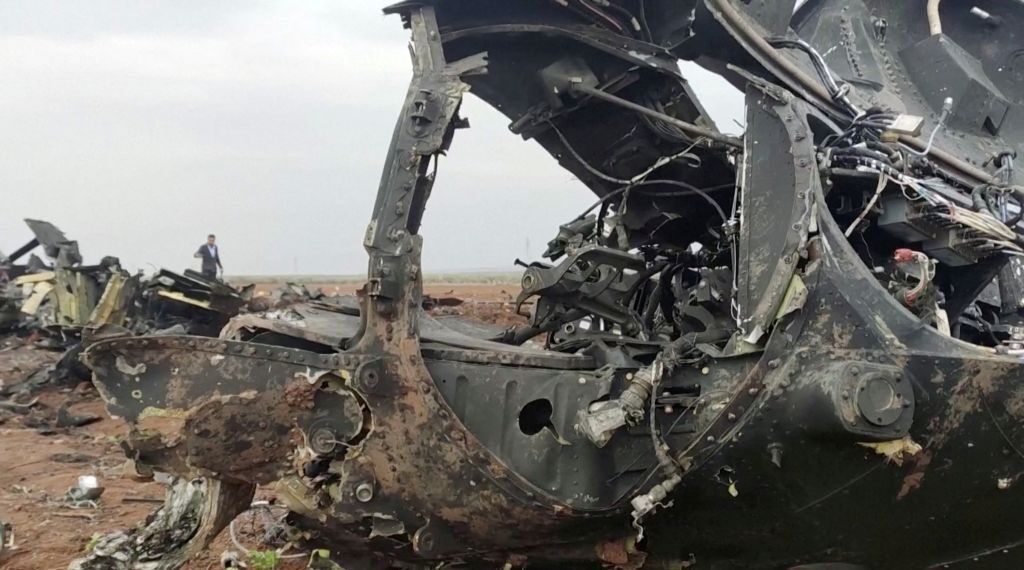 Nine members of the terrorist organization ISIS were killed in Russian raids in central Syria, hours after the killing of nine local fighters at the hands of jihadists in the east of the country, according to the Syrian Observatory for Human Rights.
The observatory counted the killing of nine members of the organization in air raids carried out by Russian warplanes on desert areas within the governorates of Raqqa (east) and Hama (central).
He said, “The death toll is likely to rise, as there are more than 22 wounded, some of whom are in a critical condition.”
On another front in the east of the country, cells affiliated with the terrorist organization ISIS carried out two separate attacks targeting two military points in the areas controlled by the Kurdish Autonomous Administration.
The observatory reported that five members of the “Deir Ezzor Military Council” were killed in an ISIS attack in the eastern countryside of Deir Ezzor.

The council includes local fighters, and operates under the umbrella of the Syrian Democratic Forces, which is made up of Kurdish and Arab factions.
The second attack hit a point belonging to the “Self-Defense Forces”, which includes local recruits, in the western countryside of Deir Ezzor, killing four of them.
Despite the announcement by the Syrian Democratic Forces and the international coalition led by Washington to eliminate the so-called “caliphate state” declared by the terrorist organization in March 2019, its cells still carry out attacks from time to time targeting points of the Kurdish forces and their allies, and others for the Syrian regime forces.
Last month, the organization launched a coordinated attack on a Kurdish-run prison in the city of Hasaka (east).

Fighters from outside the prison and others detained there participated in it, which was followed by days of clashes that left hundreds dead on both sides.
The leader of the organization was killed ISIS The terrorist Abu Ibrahim Al-Hashimi Al-Qurashi – Abdullah Qardash – with members of his family during a complex operation carried out by the US Special Forces in northwestern Syria last week.

The organization has not yet commented on his death or announced the appointment of a successor.
Syria is witnessing a bloody conflict with multiple sides, which, since its outbreak in 2011, has caused the death of nearly half a million people, massive destruction of infrastructure, and the displacement and displacement of more than half of the population inside and outside the country.

Death toll from floods and landslides in Brazil rises to 152

Facebook Twitter WhatsApp Telegram
Back to top button
Close
Featured Posts
Altay Bayındır responded to the criticism about him
October 23, 2022

Altay Bayındır responded to the criticism about him

Commentary on FETO and PKK in the Finnish press: They will not be sent back
June 12, 2022

Commentary on FETO and PKK in the Finnish press: They will not be sent back

The statement of Ahlam Albashir, who carried out the bomb attack on Istiklal Street, came to light.
November 16, 2022

The statement of Ahlam Albashir, who carried out the bomb attack on Istiklal Street, came to light.

He got caught in the current while heating water in the bathroom
August 29, 2022

Washington: Reaching a nuclear agreement with Iran is possible, but on one condition
February 8, 2022

Washington: Reaching a nuclear agreement with Iran is possible, but on one condition

Interior announced: High and Central Evaluation Committee Results for 2022
May 21, 2022

Third place excitement will be experienced in 2022 FIFA World Cup