The terrorist youth group in Mozambique is living in a state of rebellion, low in morale, and has published AFP Rare interviews with prisoners of the terrorist group operating in northern Mozambique “after the Rwandan army allowed” late last month journalists to interview some of the fighters it captured since the start of operations in the volatile region last July.

The terrorist organization has spread across towns and villages in northern Mozambique since 2017.

Yusuf Mohamed, an ISIS fighter, said that the rebels have lost their positions in recent months, especially after the deployment of the Rwandan Defense Forces six months ago, which made the terrorist group fear and become very weak. 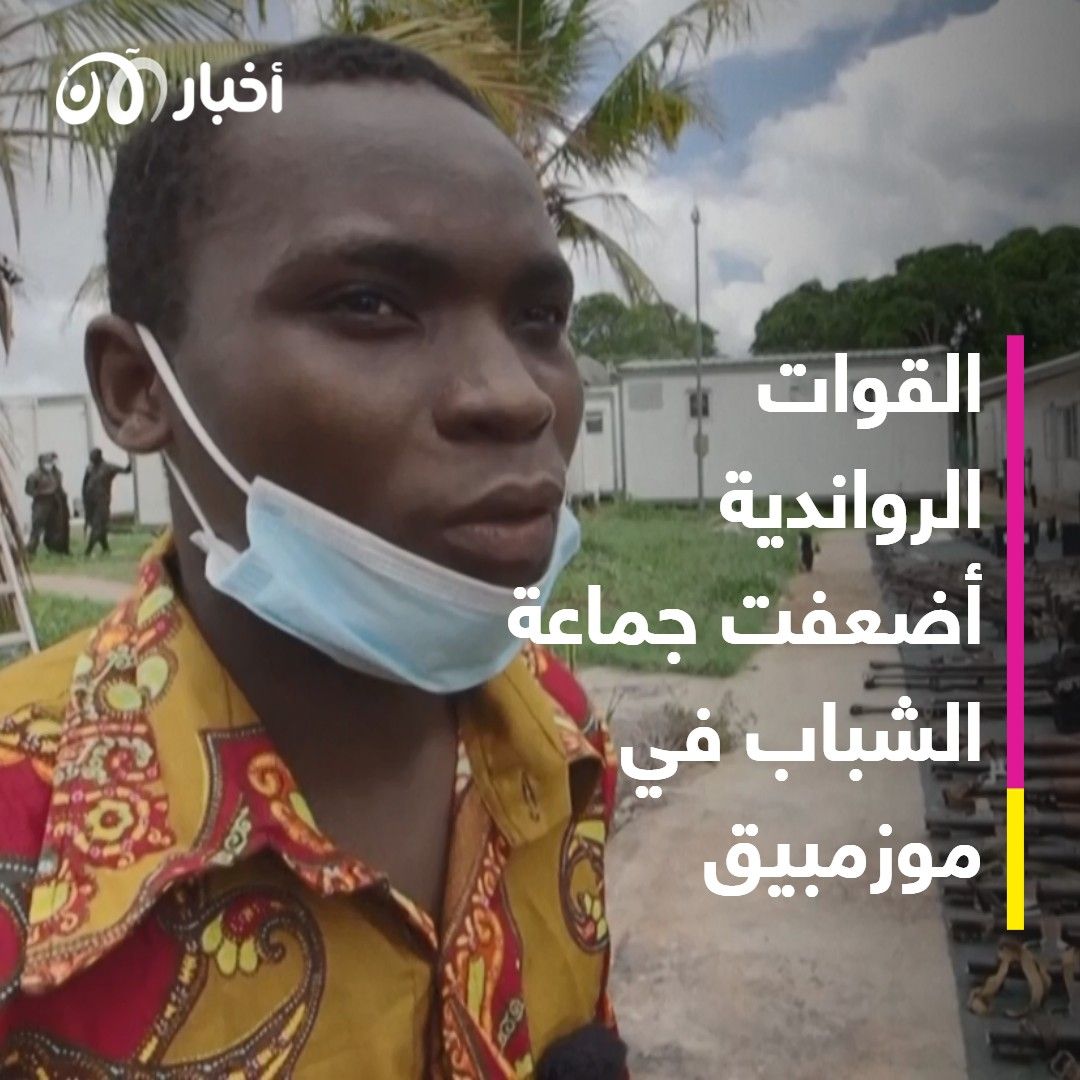 The meeting, which brought together the journalists with a number of terrorists at a Rwandan base in Cabo Delgado province, confirmed that the terrorists lost their strength and started escaping as soon as they heard the first Rwandan shot.
Rwandan forces detained Muhammed and other jihadists, with a large number of equipment, including rocket-propelled grenades, rifles, and mobile phones, placed on a sheet of cloth.

After terrorists attacked the northern port city of Palma last year, killing dozens, in July Rwanda deployed about 1,000 soldiers to the wider region.
The other prisoner, “Madhi Muhammad Saadi”, a Tanzanian, revealed the presence of some Arabs, speaking Swahili, in the ranks of the terrorist organization, in addition to one Mozambican and three white men, two of whom were killed, and explained that most of the leaders hold Tanzanian citizenship.

The nearly five-year insurgency has killed more than 3,700 people and displaced more than 800,000 from their homes.

The fighting also forced a global foreign company such as energy giant Total Energy to suspend its multi-billion dollar business in Afonji, near Palma.

Despite the clear progress, reports are pouring in of sporadic attacks against civilians in the northern coastal province, the latest of which was the killing of four people at the end of last week, amid fears of terrorist operations moving into neighboring Niassa County.

“Women are raped every day”

Agence France-Presse also met in the Rwandan base, Elise Youak, the ex-wife of a terrorist: after she succeeded in escaping from the terrorist group, she recounted her horrific ordeal after being kidnapped and explained that she was raped and assaulted for a whole month by several men to be prepared and equipped for one man of their choice, But if she resists and refuses, she is subjected to the most severe types of torture and beatings. 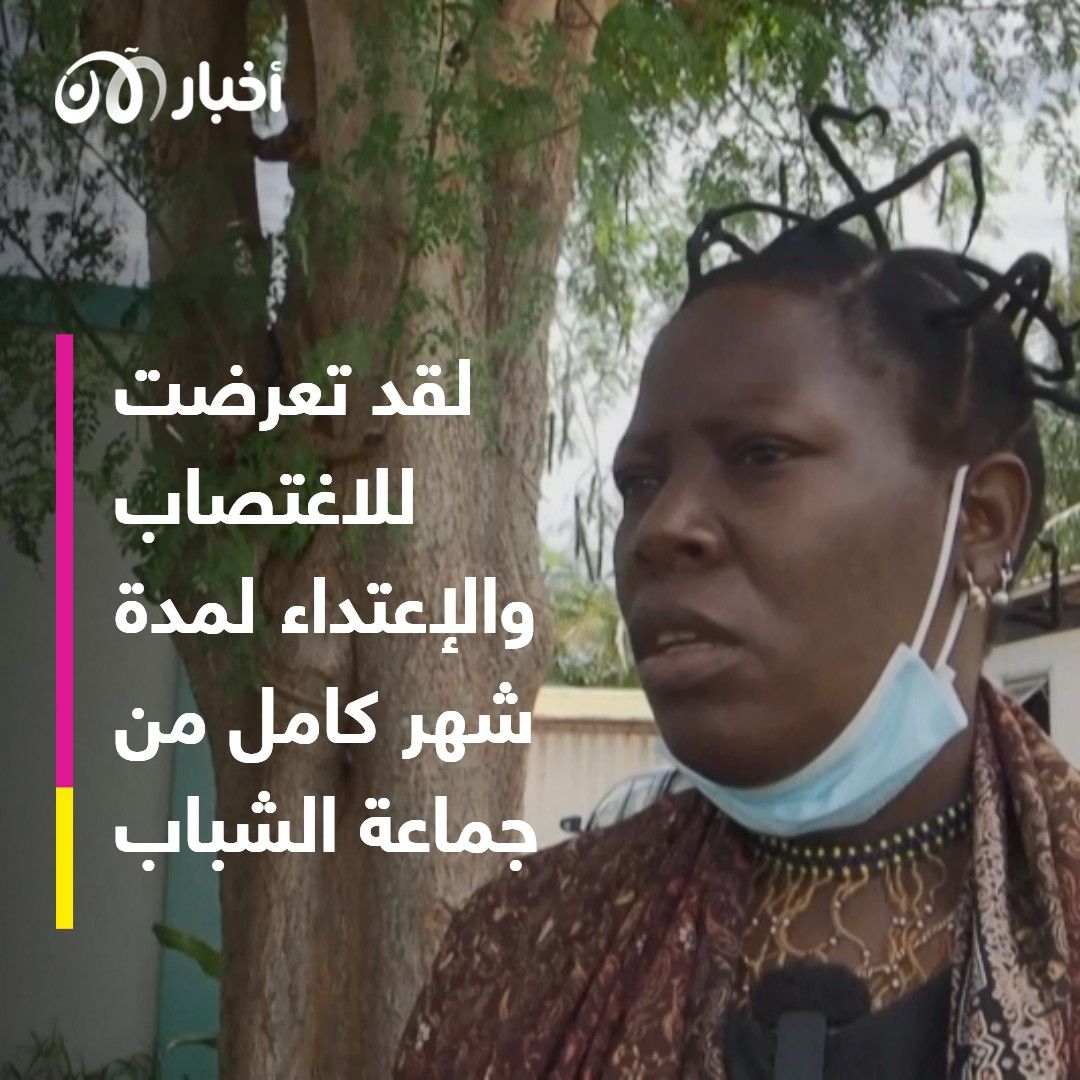 In the same context, Human Rights Watch said late last year that terrorists had kidnapped more than 600 women and children over the past three years.

She added that the group is forcing young women and girls to “marry” their fighters “who enslave and sexually assault them”, while some have been sold to foreign fighters for a sum of money ranging between 600 and 1,800 dollars.

Accusations of China evading its obligations .. and"Chinese aggression" At the quartet’s table

Harbiye March from the circuits of Martyr Duabey Onur Öztürkmen

Refused to leave injured spouse, couple of 63 years died together in fire

Hakan Fidan met with his Syrian counterpart in Damascus
September 15, 2022

Hakan Fidan met with his Syrian counterpart in Damascus

The line that was closed 10 years ago has been reopened: His life has turned into a nightmare
August 21, 2022

The line that was closed 10 years ago has been reopened: His life has turned into a nightmare

Macron launches a campaign to run for a new term on March 5
February 23, 2022

Last minute: Another point operation from MIT! Ahmed Rubar is ineffective
May 22, 2022

Babacan explained by saying ‘keep his name confidential’: ‘We eat, we eat, it doesn’t end’
December 6, 2022

Babacan explained by saying ‘keep his name confidential’: ‘We eat, we eat, it doesn’t end’

Video of Ryan’s father exploding: they took advantage of me and my son underground
February 7, 2022

Video of Ryan’s father exploding: they took advantage of me and my son underground

Before the Club World Cup final… “Good news” for Chelsea