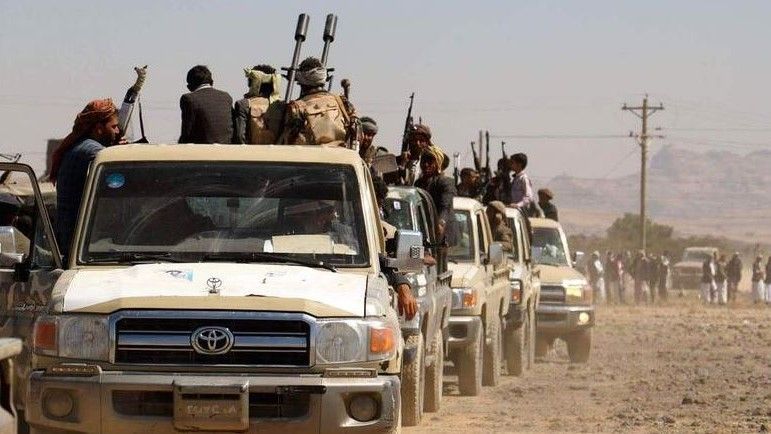 The Coalition to Support Legitimacy announced in To whomOn Wednesday, it announced the implementation of 26 targeting operations against the Houthi militia in Marib and Hajjah, during the past day.

The coalition indicated the destruction of (22) military vehicles and casualties among the militias.

The Arab Coalition to Support Legitimacy in Yemen had announced the destruction of 5 military vehicles, and the Houthi militia inflicting casualties during targeting operations in Hajjah Governorate, northwest of the country.

The coalition said in a statement – that this outcome came as a result of the implementation of 15 targeting operations against the Houthi militia.

Earlier, the coalition reported that the Happy Yemen Brigades in the Fifth Military District advanced towards the city of Haradh at dawn on Friday from several axes amid the collapse and retreat of militia members, stressing that it supports the progress of the brigades in all axes and that the operations achieve their interim goals.

US forces head towards Ukraine’s border with Russia

Recent videos showed the arrival of the first American forces to Romania from Germany, in order to line up on the southern border of Ukraine.

Romanian Defense Minister Vassily Danko said, on Tuesday, that the first US forces to reinforce the North Atlantic Treaty Organization (NATO) member states in Eastern Europe had arrived in Romania, in light of Russia’s build-up of its forces on the Ukrainian border from the other side.

In Afghanistan, the Taliban are changing the parameters of life and the streets

Since the Taliban group seized power by force of arms, six months ago, it has been seeking to remove all references to the previous government from murals and banners showing women, as well as flags.

The high anti-explosion walls erected in some neighborhoods were covered with slogans of the extremist group, while they were previously decorated with colorful graffiti done by artists.

In the center of the city, owners of several salons had to cover the large signs showing some of the women that used to decorate their storefronts, with wooden panels.

Also absent were the pictures of the late Afghan leader Shah Masoud, one of the biggest symbols of resistance to the Soviet occupation and then the Taliban, who was raised in several neighborhoods in the city.

The black, green and red flag of the former republic no longer flies.

Under the rule of the Taliban, the number of women in the streets, markets, and cafes has decreased, and they are confined to their homes out of fear or compulsion.

Women are largely kept out of public sector jobs and must be accompanied by a mahram on long trips.

13-year-old Selman, who went out to collect ‘mushrooms’ in Diyarbakır, is missing

Accident like massacre in Mardin; 8 dead, many injured
August 20, 2022

Ankaragücü scored a goal in the Turkish Cup
November 8, 2022

Ankaragücü scored a goal in the Turkish Cup

The mayor marries a crocodile

Message from the USA: “Turkey’s concerns about Finland and Sweden can be resolved”
May 19, 2022

Message from the USA: “Turkey’s concerns about Finland and Sweden can be resolved”

Harvesting of two dried pea varieties developed in Adana
May 31, 2022

Kılıçdaroğlu took care of Kaftancıoğlu in the extraordinary MYK: He will remain in office
May 14, 2022

Kılıçdaroğlu took care of Kaftancıoğlu in the extraordinary MYK: He will remain in office

Last minute: Alanyaspor won in Istanbul and finished the league 5th!
May 22, 2022

The most watched Turkish TV series has been announced
December 27, 2022

The most watched Turkish TV series has been announced