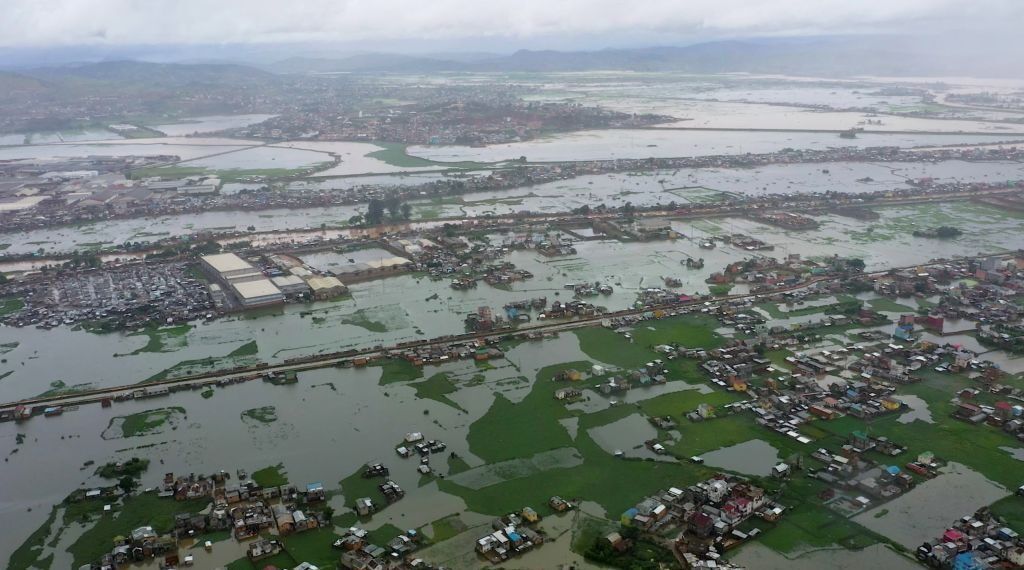 The death toll from Typhoon Patsyrai, which receded on Monday, increased from Madagascar To eighty dead, according to a new toll announced by the authorities on Wednesday, and it could continue to rise, as some villages in the worst-affected areas are still isolated.

And the National Office of Risk and Disaster Management, which counts the losses in the most affected areas, especially on the eastern coast of the island in the Indian Ocean, stated that the death toll rose from thirty people on Tuesday evening to eighty, including sixty in the Ekongo region in the mentioned area.

The country has counted more than 94 thousand affected and about 60 thousand displaced people, while non-governmental organizations and United Nations agencies have begun to deploy capabilities and teams to help the victims of this heavy rain and strong winds.

Tropical cyclone Batsirai hit Madagascar on Saturday night and slammed a coastal agricultural region stretching for a length of 150 km, and sparsely populated, before heading west into the country, causing floods in rivers that destroyed the rice fields of Madagascar’s “reservoir”, which raises fears of the deterioration of the humanitarian situation.

“Rice fields have been damaged and crops lost. It is the main agriculture of the people of Madagascar and their food security will be massively affected in the next three to six months unless we act immediately,” said Pasqualina Desirio, director of the World Food Program in the country.

The UN agency distributed hot meals, especially in Manakara, one of the worst-affected areas.

In addition to the aid provided by the government, several NGOs, including Action Against Hunger, Handicap International, Save the Children and Doctors of the World, distributed household items, food and hygiene products.

What is BES? How to cancel BES?

Al-Shabab injures 3 soldiers and assassinates a fourth in Somalia

Russia may have bought millions of weapons from North Korea

Aliyev: We are friends, brothers and now allies…

Passenger bus overturned in a stockade in Kayseri
July 17, 2022

Passenger bus overturned in a stockade in Kayseri

Minimum wage statement from the People’s Alliance: At least 20 percent

Fire in agriculture and livestock facility in Muğla
May 18, 2022

Fire in agriculture and livestock facility in Muğla

You find a solution to unemployment, poverty
November 27, 2022

You find a solution to unemployment, poverty

‘There is noise from the wall, no sound from the authorities’
August 1, 2022

‘There is noise from the wall, no sound from the authorities’

After leaving Ukraine… an unknown fate for Moroccan students who remained in Europe
March 3, 2022