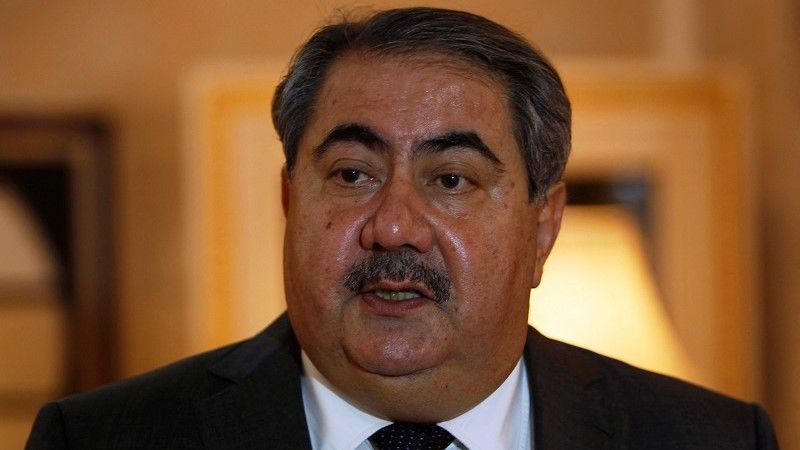 The process of electing a new president of the Iraqi Republic, which was scheduled for Monday during a session of Parliament, witnessed mixing papers on Sunday, with the decision of the Federal Court, a “temporary” suspension of the nomination. Hoshyar Zebarione of the most prominent names offered for the position, against the background of accusations of corruption against the former Kurdish minister.

With the successive boycott announcements, it seemed that the parliament session on Monday was threatened with cancellation or postponement due to the lack of a quorum (two-thirds out of 329 members).

The Sadrist movement’s largest bloc in Parliament, consisting of 73 deputies, announced Saturday a boycott of the session.

On Sunday evening, the Sovereignty Alliance, which includes 51 deputies, led by Parliament Speaker Muhammad al-Halbousi, an ally of the Sadrist movement, revealed its boycott of Monday’s session.

The Kurdistan Democratic Party’s bloc of 31 deputies also announced its boycott, “for the requirements of the public interest and with the aim of completing the consultations.”

The judiciary suspended “temporarily” the nomination of former Foreign Minister Hoshyar Zebari for the presidency, after accusations of corruption returned to the forefront of events.

These rapid developments reflect the severity of the political differences that Iraq has witnessed since the legislative elections that were held nearly four months ago, and ended with a major victory for the Sadrist movement.

The political forces have not yet been able to form an alliance or agree on the name of a candidate to head the government, which is the position that practically holds the executive authority, succeeding its current incumbent, Mustafa Al-Kazemi.

Based on a lawsuit submitted by four deputies, the Iraqi Federal Court, which is the highest judicial body in the country, decided to “temporarily suspend the procedures for electing Hoshyar Zebari until a case is resolved” against him related to accusations of corruption against him.

The plaintiffs considered that Zebari, one of the most prominent Kurdish political figures in the Iraq During the era after the fall of Saddam Hussein’s regime in 2003, he did not meet the constitutional conditions for assuming the position of President of the Republic, including being of “good reputation and integrity”, according to a copy of the text of the case and the court’s decision, which were published by the official Iraqi News Agency.

They listed supporting reasons, including Parliament’s decision to withdraw confidence from Zebari in 2016 when he was Minister of Finance, on the background of “accusations related to financial and administrative corruption.”

The lawsuit also touched on at least two other cases with which the 68-year-old former minister is linked, especially during his tenure at the Ministry of Foreign Affairs.

The plaintiffs talked about the existence of “another investigative case” against the background of Zebari “abusing his influence and authority by spending huge sums of money on real estate that does not belong to the state.”

About 25 people are competing for the presidency of the Iraqi republic, but the competition is actually limited to two, Zebari and the current president, Barham Salih.

Negligence in the Amasra mine was reflected in the Police’s report: “More coal”

A powerful explosion appeared in the Zouk area in Lebanon

Compliment of the “young audience” from the conductor Gürer Aykal

Punishment without crime.. Dostoevsky, a victim of the Russian-Ukrainian war
March 2, 2022

Punishment without crime.. Dostoevsky, a victim of the Russian-Ukrainian war

Last minute: The lower limit for obtaining Turkish citizenship through housing increased by 400 thousand dollars.
May 12, 2022

They say ‘LGBT’, can there be such a thing as LGBT in a strong family? AK Party has no such problem.
October 22, 2022

They say ‘LGBT’, can there be such a thing as LGBT in a strong family? AK Party has no such problem.

There’s an athleticism there, far away…

Amidst the inferno of war..Biden’s decision saves the Ukrainians
March 4, 2022

Amidst the inferno of war..Biden’s decision saves the Ukrainians