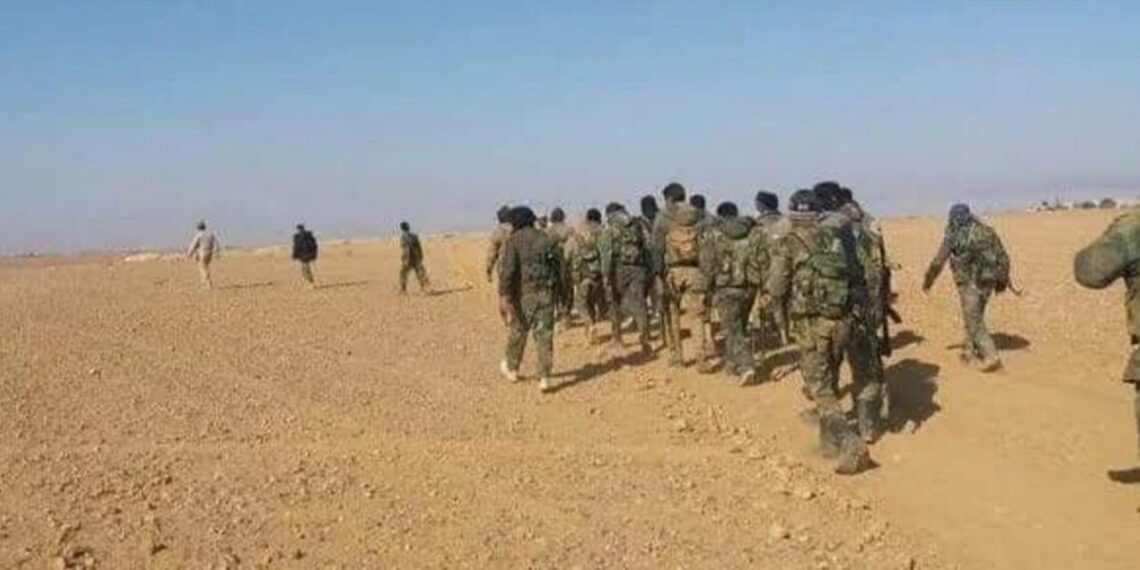 Dead and wounded from the regime forces, including an officer in the rank of major general, in central Syria

Six members of the Syrian regime forces were killed, including a major general, on Thursday, and more than nine others were wounded in an attack carried out by unknown gunmen, believed to be from the terrorist organization. ISIStargeted a military convoy in the eastern desert of Homs, central Syria.

A military source from government forces said, lNorth Press“Unidentified gunmen targeted, with automatic weapons, a military convoy of the regime forces, which was heading from Homs to the Al-Tyfour area, east of Palmyra.”

The source added, “The attack resulted in the killing of six members, including officers, one of whom was known as Major General Saeed Al-Khattar, while nine others were wounded and were taken to Al-Waer Military Hospital in Homs, and their injuries ranged between serious and moderate, according to a doctor in the hospital.”

The source stated, “The attackers were riding in four-wheel drive vehicles bearing the flags of the organization (ISIS) to take refuge, after carrying out the attack, into the depths of the Syrian Palmyra desert.”

Two days ago, a member of the “ISIS” organization was killed in an air raid by Russian aircraft near the oil tankers in the town of Dublan in the eastern countryside of Deir Ezzor.

Secretary of the Emirates Federation Committee for "jiu-jitsu" For news now: Abu Dhabi is the capital of combat sports

Mustafa Levent Göktaş, one of the perpetrators of the Hablemitoğlu assassination, was brought to Turkey

Guterres says the Russian invasion of Ukraine "It is not irreversible"

Facebook Twitter WhatsApp Telegram
Back to top button
Close
Featured Posts
The two people who climbed the 100-meter tower were trapped under the rubble when the tower collapsed.
June 28, 2022

The two people who climbed the 100-meter tower were trapped under the rubble when the tower collapsed.

Thunderstorm warning for Kastamonu, Sinop and Samsun
May 30, 2022

The referees of the 11th week of the Super League have been announced!
October 19, 2022

The referees of the 11th week of the Super League have been announced!

“Queiroz’s Sins” .. Did the fans of Egypt avoid the old Portuguese?

Sad event in Zeytinburnu: He fell from the 7th floor…

1.1 million sea turtles killed in 30 years for their meat, bones and shells

We must prepare to fight once more in Europe

National basketball player Alperen Şengün’s numbers were not enough for the Houston Rockets in the NBA
November 6, 2022