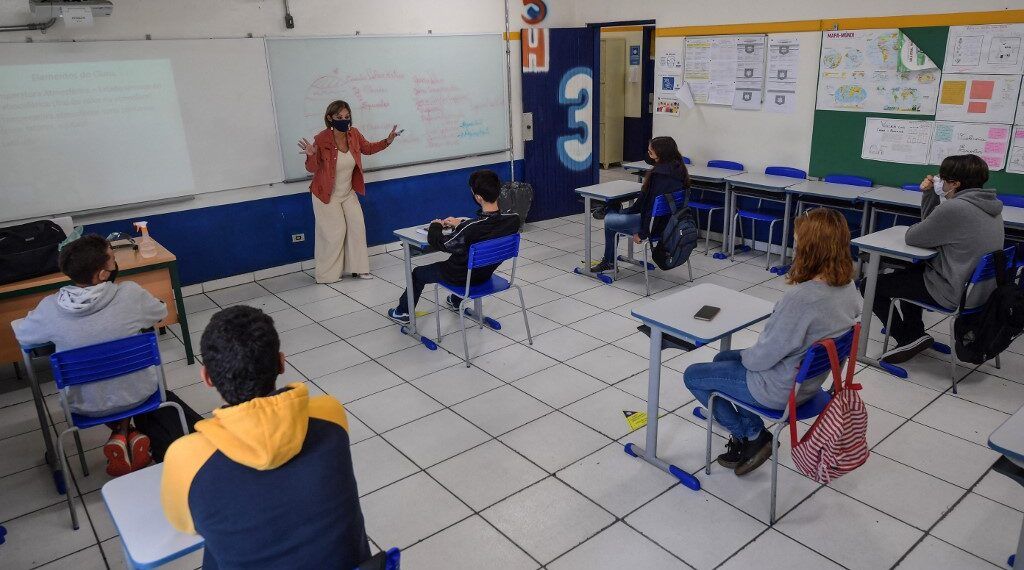 rose number Brazilian children Those aged between six and seven who do not know how to read or write, increased by 66 percent during the outbreak of the virus Corona The cause of the Covid pandemic, according to a report published on Tuesday.

The report by Todos Bella Edocacao (All for Education) found that the number of illiterate children aged six and seven in Brazil rose from 1.4 million in 2019 to 2.4 million.

This figure represents 40.8 percent of children in that age group, in an indicator that raises concern in a country that has suffered the worst repercussions of Covid-19, with the closure of schools on a large scale, which negatively affected especially the poor.

This is the largest percentage of its kind since the start of recording figures related to illiteracy among children in Brazil in 2012.

The group described the high rate as “worrying”, considering that illiteracy in childhood increases the risk of dropping out of school in the future.

“We urgently need substantive policies to help children catch up,” said Gabriel Correa, the group’s education policy officer, adding that “the decline in illiteracy is unacceptable.”

Tunisian Labor Union: Tunisia was a pioneer in the textile industry, and China’s invasion of its markets devastated the country’s economy

After a troubled meeting with Marie, Diogo arrives at the farm and says: “I’m leaving today! My journey no longer makes sense!”

Ukraine asked, France is sending: It will be delivered in the coming weeks

Facebook Twitter WhatsApp Telegram
Back to top button
Close
Featured Posts
He was hit with a ‘pistol grip’ on his way to work
September 5, 2022

From the Governor’s Office, CHP’s Aylin Nazlıaka was prevented from speaking.
December 10, 2022

From the Governor’s Office, CHP’s Aylin Nazlıaka was prevented from speaking.

He crashed into a truck loaded with straw, seriously injured
May 16, 2022

He crashed into a truck loaded with straw, seriously injured

Zero Hour .. Details of the recent moves of Russia and the West
February 21, 2022

Zero Hour .. Details of the recent moves of Russia and the West

Immigrant reaction from Minister Çavuşoğlu to Greece!
May 19, 2022

Either we exist together or none of us in injustice
November 10, 2022

Either we exist together or none of us in injustice

Message from AFAD to citizens: Be careful
July 9, 2022

Message from AFAD to citizens: Be careful