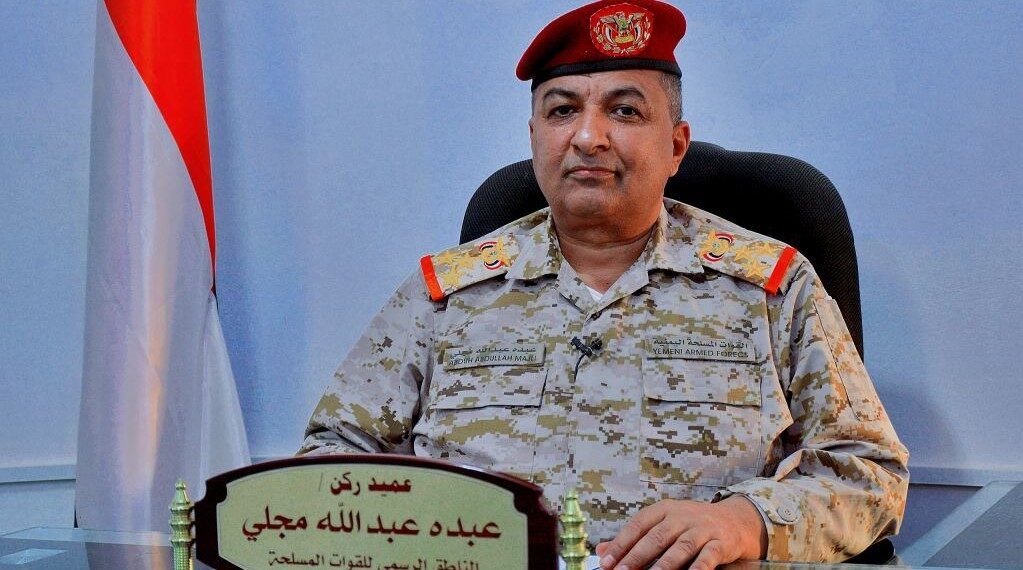 The official spokesman for the Yemeni Armed Forces, Brigadier General Abdo Majali, announced today, Friday, that the Yemeni army forces and brigades To whom Al-Saeed managed during the past few days to liberate 80% of the city of Haradh in the governorate of Hajjah, northwest of the country.

Brigadier General “Majalli” said in a press statement to the army’s website that “the army forces in the Fifth Military Region continue, for the eighth consecutive day, to make rapid advances on the ground in Haradh District, Hajjah Governorate, by turning around, encircling and controlling the roads and the governing bodies.”

A spokesman for the armed forces in Yemen confirmed that “the army forces liberated large parts of the city of Haradh by 80%, pointing out that the strategic (Al-Muhssam) camp overlooking the city from the eastern side was liberated.”

As well as securing the international line linking the governorates of Hajjah and Hodeidah in Yemen at a distance of 70 km.

According to the Yemeni army spokesman, Brigadier General Abdallah Majali, the army forces are “dealing with the remaining militia members in the depths of the city of Haradh”.

The engineering teams are also working to remove obstacles and mines, which were planted by the terrorist militia, on roads, government facilities and citizens’ homes.

A new feature soon.. WhatsApp adds a service that shortens the time of its users

Croatia in the semi-finals of the 2022 FIFA World Cup

Erdogan vows: We will never expel Syrian refugees from Turkey

US official: Russia has deployed 7,000 additional troops to Ukraine’s borders

Fire in 15-storey building under construction

Protest against TRT, which stopped broadcasting from the IYI Party Youth Branch
November 30, 2022

Protest against TRT, which stopped broadcasting from the IYI Party Youth Branch

Pınar Karşıyaka tied 1-1 in the series

Leeds United in Premier League wake up at 90+2

Pride Week event is banned in one more city!