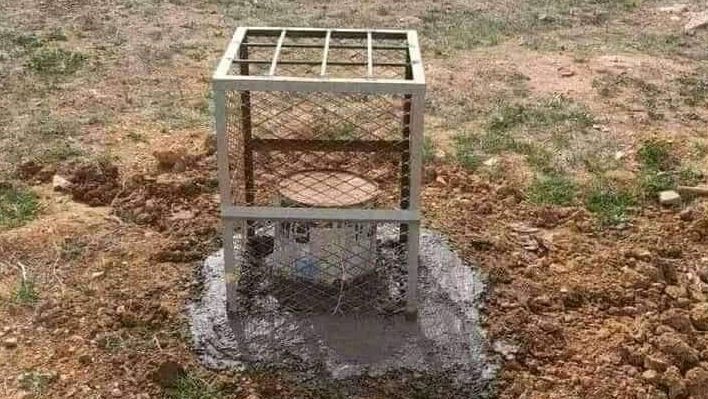 Rayan .. A Moroccan child died after falling into a well

Over the course of days, Arab and international reactions continue – especially on social media – after the funeral of the Moroccan child.Rayan“, who died after falling into a well in the city of Chefchaouen in Morocco.

In an attempt not to repeat the same fate, Algerian activists launched a campaign on social media, using the hashtag “He who has a bear covers him”, to get rid of dangerous random wells.

In 2018, the state of M’sila in Algeria witnessed a similar story, in which young Ayach was killed, and the incident caused a great controversy over the role of local authorities in monitoring wells.

Have mercy on your parents who have (bear – den – buried – pit – watering basin ….) to cover it how much will it cost ….???
But if it is not covered, it will cost us a person’s life. pic.twitter.com/OvUc0lO2yg

And random wells are spread in Algeria, where farmers resort to digging them to face the water crisis, which these regions know.

In this context, the interests of the Wilayat of M’sila, east of the Algerian capital, issued instructions to farmers and users of wells to secure them to prevent similar accidents.

In order not to repeat the tragedy, every head of the family who has an uncovered well must cover it, and an unused well must close it. pic.twitter.com/PHJCmWHZwo

And it said in a statement, issued on Sunday, that it decided to form a committee that will monitor the process and carry out periodic visits to check the situation.

Algerian singers demanded to address the danger of random wells in order not to repeat scenarios similar to what happened in Morocco recently and Algeria more than three years ago.

#hashtag .. I have a bear covering it, have mercy on your parents pic.twitter.com/cu9JJEAEeG

After the recurrence of these incidents in Algeria and Morocco… the solution is to have a well to cover… pic.twitter.com/hbBJUniiPX

The oldest star system in our galaxy may have been found

Call from Beşiktaş football player Romain Saiss to the fans: ‘This may be difficult, but…’

What are the repercussions of the Ukrainian crisis on Egypt?

Suspension of execution before demolition tender at TOGO Towers

Funeral response from the USA to Israel: We were disturbed
May 14, 2022

Funeral response from the USA to Israel: We were disturbed

Access ban to the news about the cadre of AKP’s Selim Yağcı’s daughter
August 7, 2022

LAST MINUTE: MSB announced! PKK/YPG terrorists were neutralized one by one…
May 11, 2022

LAST MINUTE: MSB announced! PKK/YPG terrorists were neutralized one by one…

Those who remained silent about child abuse gathered in anti-LGBTI+ action
December 18, 2022

Condolence message from the Ministry of Foreign Affairs to Pakistan
July 18, 2022

Condolence message from the Ministry of Foreign Affairs to Pakistan

Investigation of the allegations about the death of Haluk Pekşen from the hospital
September 20, 2022

What will the weather be like today and tomorrow?
December 18, 2022

What will the weather be like today and tomorrow?