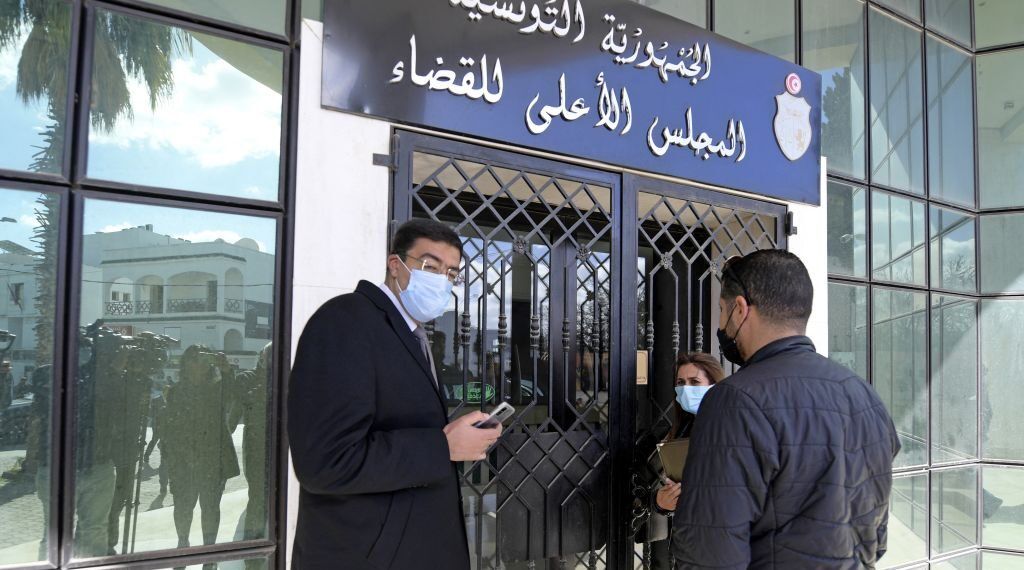 Tunisian President Kais Saied said Thursday that the Supreme Judicial Council has been dissolved and that it will be replaced by another.

Saeed added that a draft presidential decree has been prepared for penal reconciliation with businessmen involved in corruption in exchange for development projects across the country.

Saeed accused the judiciary of corruption, and said that he had many files on money beyond imagination that some judges received.

The country can only be purified by purifying the judiciary

He also accused the council of complicity in order not to open files or resolve issues that have been going on for years, stressing that “the judiciary is a function, not an authority,” and will not accept that the judiciary in Tunisia is a state within the state.

Saeed added that “the country can only be purified by purifying the judiciary,” stressing that “judges must apply the law with complete impartiality.”

pointed Tunisian President He pointed out that “the judiciary has not resolved many cases, despite the judges’ claim that they are independent,” noting at the same time that “he appreciates the work of judges, but they must work independently.”

London imposes sanctions against Russia for its invasion of Ukraine

The list of phones with the best screen has been updated!

Reporter "news now" In Ukraine: the collapse of the Ukrainian currency after the Russian threats

İbrahim Tatlıses, who lashed out at Eşref Fakıbaba, forgot to delete his old posts.

The entry into force of the “special requirements” for entering and leaving Saudi Arabia
February 9, 2022

We contacted Erdogan’s Syria statement
May 25, 2022

The “Old Lady” faces Fiorentina in the Italian Cup semi-finals

Breaking news from the Greek border: They are flocking by buses and minibuses…
May 11, 2022

Breaking news from the Greek border: They are flocking by buses and minibuses…

Zelensky: Turkey agrees to close the straits to Russian ships

The World Cup every two years… What did the professional players’ referendum reveal?
February 15, 2022

The World Cup every two years… What did the professional players’ referendum reveal?

Toyota recalls 2700 electric vehicle due to risk of accident

As long as this work…