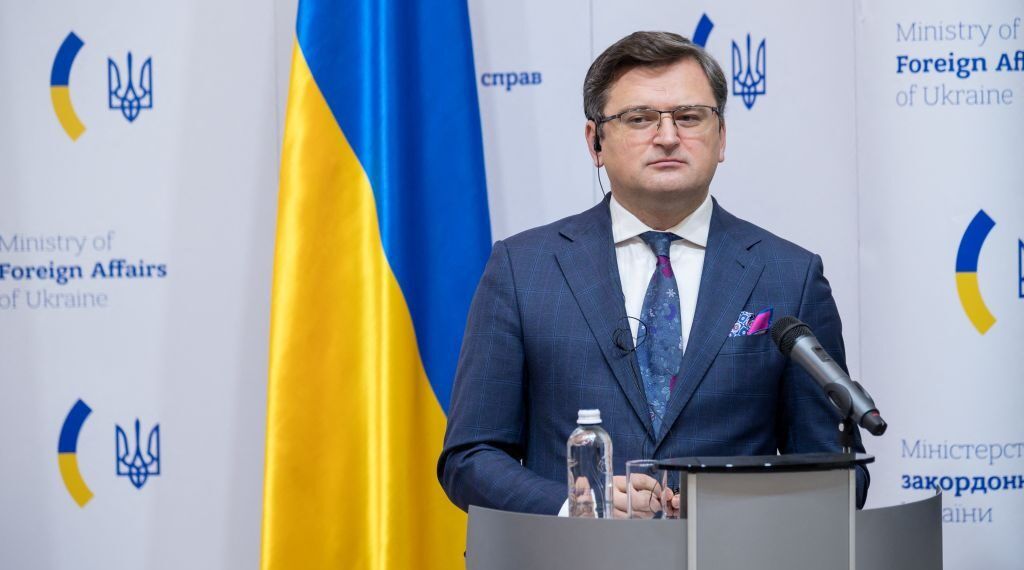 “The situation is still tense, but it is under control and diplomacy continues to reduce tensions,” Foreign Minister Dmytro Kuleba told reporters after talks with his Spanish counterpart Jose Manuel Alparis.

He added, “The way in which the larger European family responds to this crisis will determine the future of European security and the security of each European country individually.”

Kuleba’s comments came on the heels of a shuttle diplomacy that French President Emmanuel Macron started between Moscow and Kiev and continued in Berlin.

Macron said he had been assured by Russian President Vladimir Putin that there was “no deterioration or escalation” in the crisis between Russia and the West over Ukraine.

However, Washington warns that the decision Moscow The massing of more than 100,000 soldiers near the Ukrainian border means that Putin is seriously considering an offensive to reverse Kiev’s pro-Western course.

Ukraine seeks to downplay the importance of talking about the possibility of war, because of its negative impact on the investment climate and the general mood in the country.

But at the same time, it called for the imposition of preventive sanctions on Russia with the aim of punishing it for its role in the eight-year conflict in the separatist east of Ukraine.

“Without exaggeration, Russia seeks revenge for the Soviet Union’s loss of the Cold War, and that is why we are talking today about defending the entire security architecture of Europe,” Kuleba said.

He added that “Ukraine’s position is that in the past years, Russia has seriously violated international law and the Minsk agreements” related to the settlement of the separatist conflict.

“For this reason, you should be punished with sanctions.”

Galatasaray Coach Okan Buruk: ‘I hope he can reach the league game’

ATMs and emergency line did not work

‘philanthropy’ for businesses from Oxford professor
May 17, 2022

‘philanthropy’ for businesses from Oxford professor

Statement of Armenia by Ilham Aliyev

Fireworks exploded over those who came to the wedding
August 14, 2022

Fireworks exploded over those who came to the wedding

Cairo calls on Egyptians in Ukraine to go to 8 border points
February 25, 2022

‘Freedom of expression’ confession from Twitter manager: “It’s not our business!”
May 18, 2022

‘Freedom of expression’ confession from Twitter manager: “It’s not our business!”

Mustafa Varank and Ümit Özdağ got into each other at midnight!
July 29, 2022

Mustafa Varank and Ümit Özdağ got into each other at midnight!

Play-off pairings in the 1st League have been announced!

The Ministry of Health shared the updated coronavirus data on May 25, 2022.