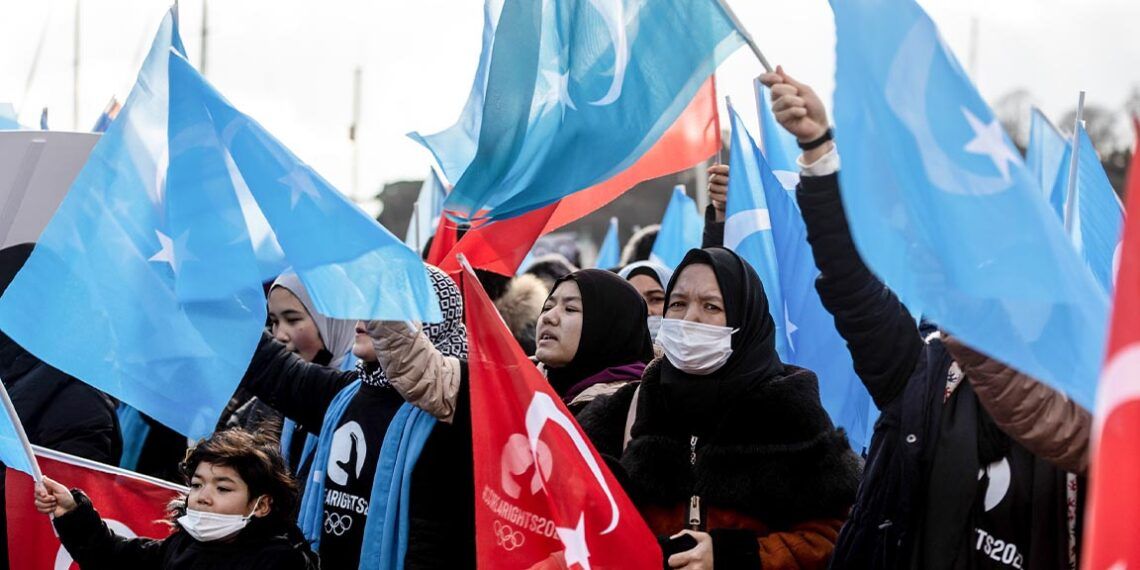 An annual report issued by the affiliated labor agency for the United Nations Friday highlighted working conditions for Uighurs and other Muslim minorities in China’s Xinjiang region, pointing to signs of “coercive measures” that deny workers freedom of choice in choosing jobs.

It also called on Beijing to provide more information on how it respects their rights.

The report, issued by the International Labor Organization’s panel of experts tasked with helping countries meet their international obligations, emphasized the importance of workers’ rights in China’s policies in western China, where advocacy groups and Western governments, among others, have expressed human rights concerns about the treatment of Muslims in the region.

The 870-page report also listed a host of concerns about dozens of countries that were actually urged to improve working conditions and workplaces.

The 20-member panel of independent international experts cited the Chinese government’s defense, contained in a different report, from what it calls “vocational training centers” in Xinjiang.

Beijing says the centers are intended to help improve economic conditions and defuse extremist violence in the region.

In its report, the commission noted: “The commission takes due note of the view in the government report that some forces recklessly raise the so-called ‘forced labor’ issue in Xinjiang on various occasions,” adding that this is “nothing but an outright lie, a dirty trick with ulterior motives.”

“The Committee is bound to note, however, that the employment situation of Uyghurs and other Muslim minorities in China provides numerous indications of coercive measures, many of which stem from regulatory documents and policies,” the ILO experts wrote.

The committee added that there are “various indicators” indicating the transfer of workers under security guard, strict control and “retention” of workers, and “the threat of arrest in vocational education and training centers if workers do not accept the government administration.”

A spokesman for the Chinese diplomatic mission in Geneva did not immediately respond to a request for comment on the crisis.

The United States, which has repeatedly denounced the conditions Uighurs face, quickly responded to Friday’s report.

The US State Department issued a statement “reiterating our call to the Republic of China to end the genocide and crimes against humanity committed against the Muslim-majority Uighurs and members of other ethnic and religious minorities in Xinjiang,” as well as its use of “forced labour.”

Britain’s ambassador to Geneva, Simon Manley, said “the evidence of the scale and gravity of human rights abuses being committed in Xinjiang, including forced labor, against Uighur Muslims is far-reaching.”

Manley said Britain welcomed the report, saying it “adds to the growing number of voices expressing deep concern about the situation in Xinjiang.”

Images of brutality at the Odunpazarı animal shelter!

AKP’s Bülent Turan targeted Ekrem İmamoğlu: I have a rebellion

Ben Simmons was a competitor in Philadelphia

Density increased in hospitals and herbalists

An area in Florida has been quarantined because of a snail infestation
July 3, 2022

Kyiv.. The deputy commander of the Ukrainian Navy was killed by a Russian missile
May 9, 2022

Kyiv.. The deputy commander of the Ukrainian Navy was killed by a Russian missile

Sibel Özdemir from CHP evaluated the delays in visa applications to Cumhuriyet: ‘Let the Ministry take a step’
August 21, 2022

Sibel Özdemir from CHP evaluated the delays in visa applications to Cumhuriyet: ‘Let the Ministry take a step’

“The Parliament and the Supreme Council of the Revolution are working on the headscarf issue”
December 2, 2022

‘Abortion’ reaction in the USA: Thousands of people took to the streets
May 15, 2022

‘Abortion’ reaction in the USA: Thousands of people took to the streets