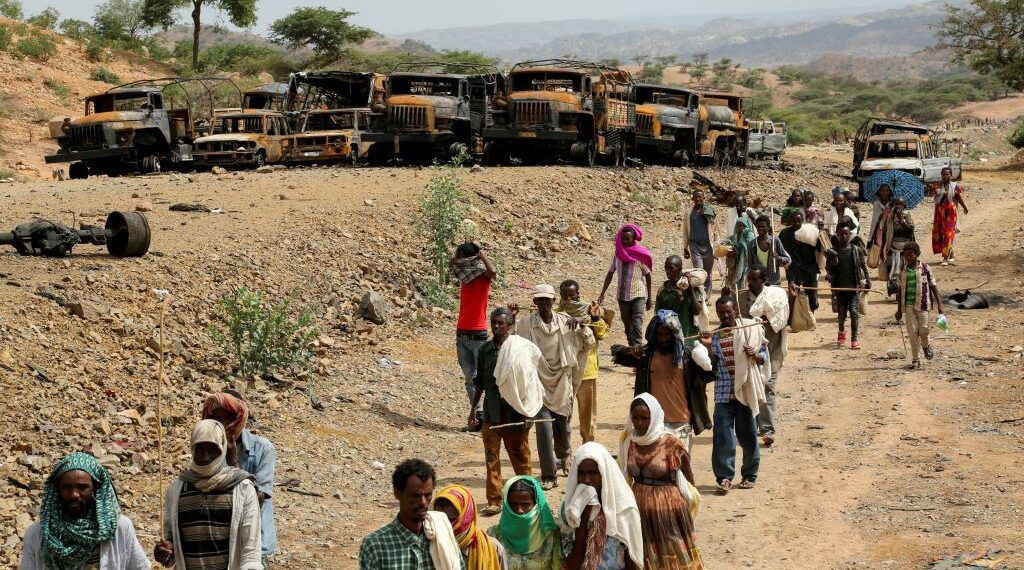 The United Nations Office for the Coordination of Humanitarian Affairs has announced that a lack of fuel and funds has pushed humanitarian operations to a standstill in the . region Tigray Which is witnessing a war in Ethiopia.

Since the outbreak of the conflict between Ethiopian government forces and Tigray rebels in November 2020, thousands have died and hundreds of thousands are at risk of starvation, according to the United Nations.

Tigray has been subject for months to what the United Nations says is a de facto blockade, while the United States accuses the Ethiopian government of obstructing aid, while the latter has blamed the rebels.

The UN Office for the Coordination of Humanitarian Affairs noted that aid to Tigray “has been significantly reduced or suspended, including essential food, water and health distributions”.

The UN office said that no fuel had been allowed into the area since August 2, 2021, with the exception of two trucks that entered in November, while the liquidity crunch has left local non-profit organizations mired in significant debt.

She has been struggling to pay her salaries since June.

Renewed fighting in the neighboring Afar region has impeded access to emergency supplies, with no aid delivered since December 15 along the route between Simera (the capital of Afar) and Mekele (the capital of Tigray). and this is

The road is the only usable land route to reach Tigray, where the United Nations estimates that hundreds of thousands of people are living in famine-like conditions.

Trending now | Shocking video.. A young man throws himself under the wheels of a tramway in Morocco

Mbappe snatches the spotlight of the champions with a great goal.. Messi continues to flounder

Ukraine: Putin has started a massive war of aggression..and we will win

Phone data allegedly belonging to the son of US President Joe Biden leaked to the Internet
July 11, 2022

13 killed in gun attack in Nigeria

He beat his son to death: That father was arrested

Royal Court: The Saudi King had a colonoscopy
May 9, 2022

Royal Court: The Saudi King had a colonoscopy

‘slut’ criticism from former AKP minister: ‘We are going backwards’

I wish Kemal had made an appointment.