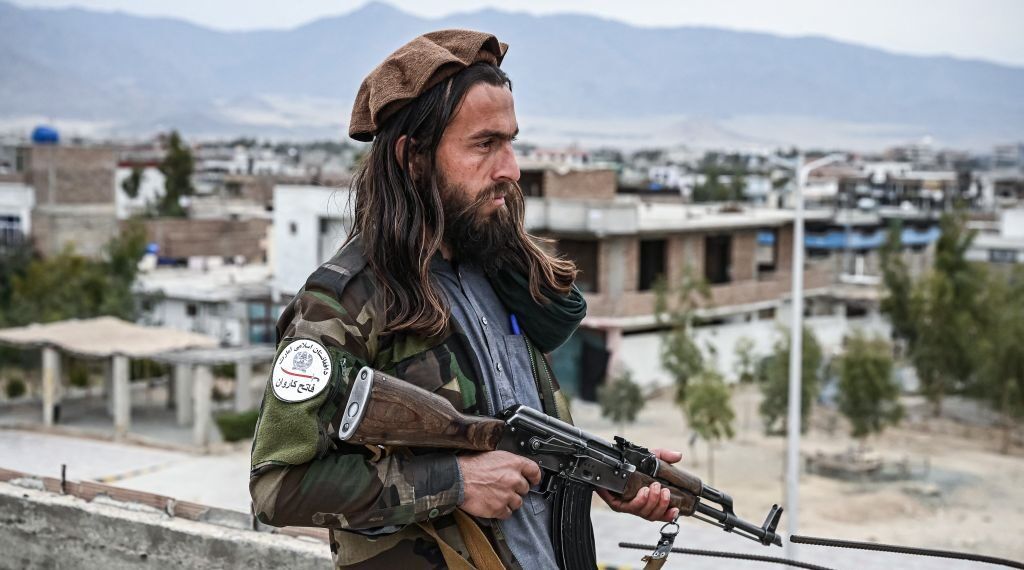 Taliban detain an American and 6 Britons

newspaper revealedThe Wall Street JournalAbout detention Taliban At least 7 foreigners have been in Kabul, including an American citizen, since last December.
She explained that most of the detainees work in the security sector, where they worked openly and in frequent contact with leaders Taliban To facilitate the evacuation of Afghans at risk.
The detainees are a US citizen and 6 other people with British citizenship, as they are being held separately, and the charges against them have not been specified.
The newspaper points out that these are the first known cases of Western detainees in Afghanistan since the Taliban seized power last August.

For its part, the Commission announced United Nations refugee agency Two foreign journalists working for it were released as part of an assignment in Afghanistan After they were arrested in Kabul.
UNHCR said in a statement Geneva “We can confirm that it was done in Kabul Release the two journalists who are on assignment with the UNHCR and the Afghans working with them.
In the context, the spokesman for the Taliban government, Zabihullah Mujahid, said that the issue has found its way to a solution.
He explained that “the two foreign nationals, who identified themselves as belonging to an international organization, were detained for not having identification cards, licenses or the necessary documents.”

Taliban government spokesman Zabihullah Mujahid: The issue has found its way to a solution.

The detention of Westerners in Afghanistan complicates the Taliban’s efforts to obtain international recognition for their government and to secure much-needed humanitarian aid, according to the newspaper.
Among those arrested in December, Peter Juvenala journalist and former businessman who arrived in Kabul weeks before his arrest to discuss potential investments in the mining industry.
His friends said they did not know the reason for his arrest. They pointed out, “He is being held without charge, and does not have the freedom to contact his family or his lawyer, and they called on the Afghan authorities to release Peter, as he suffers from high blood pressure and needs medication.”

This comes at a time when the international community has made respect for human rights, especially women’s rights, a precondition for a possible resumption of international aid, which represented about 75 percent of the budget. Afghanistan.
Without this funding, and with $9.5 billion in Afghan assets frozen abroad, the country has plunged into a deep humanitarian crisis, and more than half of the 38 million Afghans are at risk of starvation, according to the United Nations.

Femicide in Samsun: Shot by her uncle

Iron, fire, and “keyboard”… the most prominent weapons in the Ukraine war
March 3, 2022

Iron, fire, and “keyboard”… the most prominent weapons in the Ukraine war

After Gaziantep and Manisa, a forest fire broke out in Aydın.

Study to ‘reduce the reactions with gratitude’ by Diyanet
September 3, 2022

Study to ‘reduce the reactions with gratitude’ by Diyanet

Working 4 days a week in Belgium

The USA has completed its investigation into the massacre of civilians in Syria: No punishment for those responsible – Last Minute World News
May 18, 2022

The USA has completed its investigation into the massacre of civilians in Syria: No punishment for those responsible – Last Minute World News